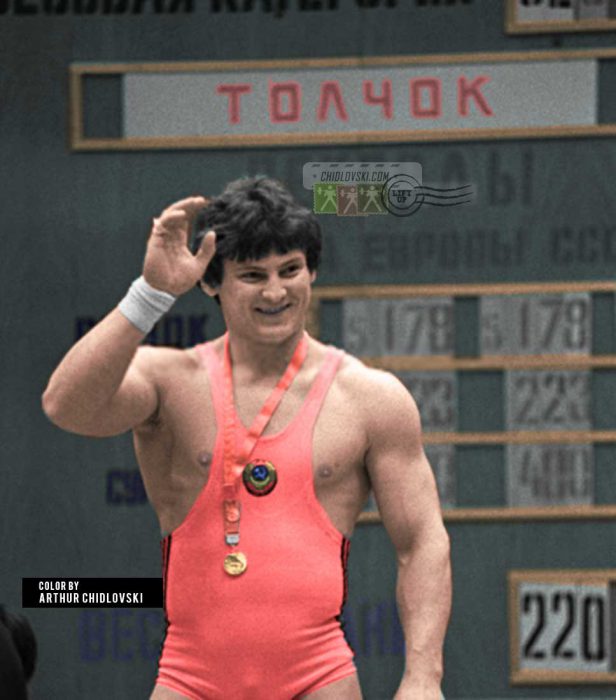 Couple of months later, Pervy set his last world record when he clean-and-jerked 223.5kg at the 1982 Druzhba Cup in Frunze, Kirgizia.