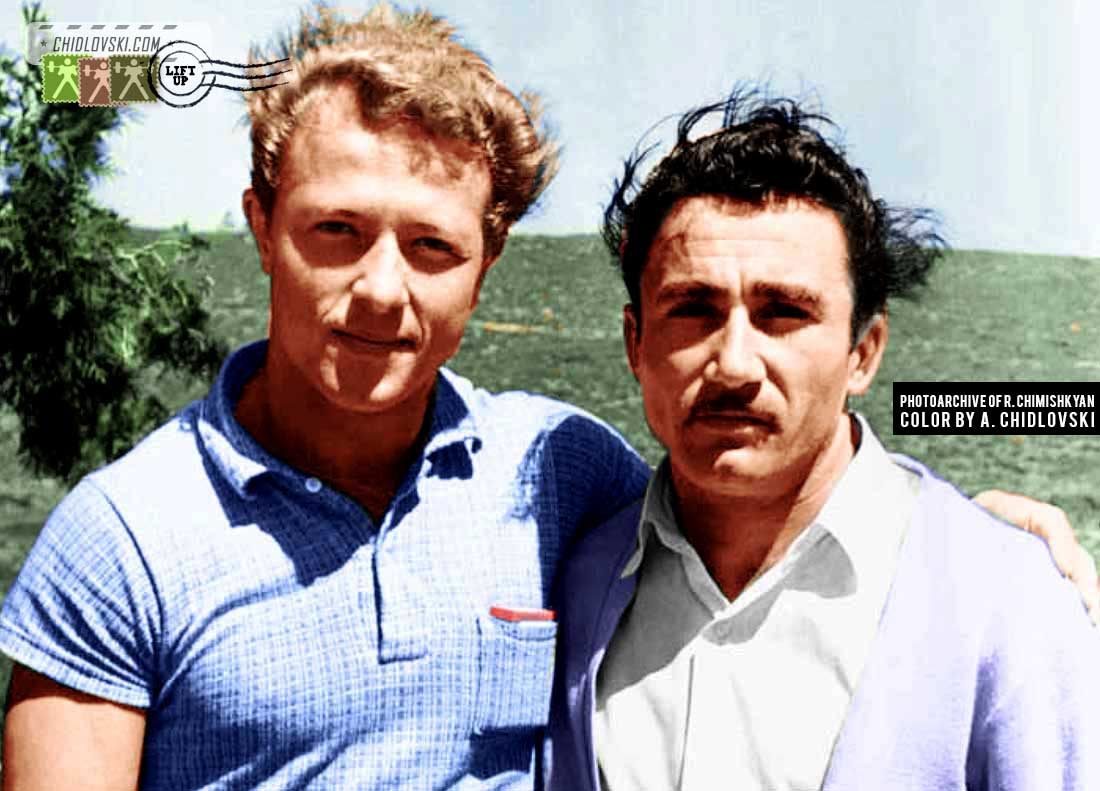 Isaac Berger celebrates his 82nd birthday today (Happy Birthday, Champ!) and Rafael Chimishkyan turned 89 in March. There are plenty of medals, records and awards between these champions.

Two giants of the featherweight class in Olympic weightlifting.