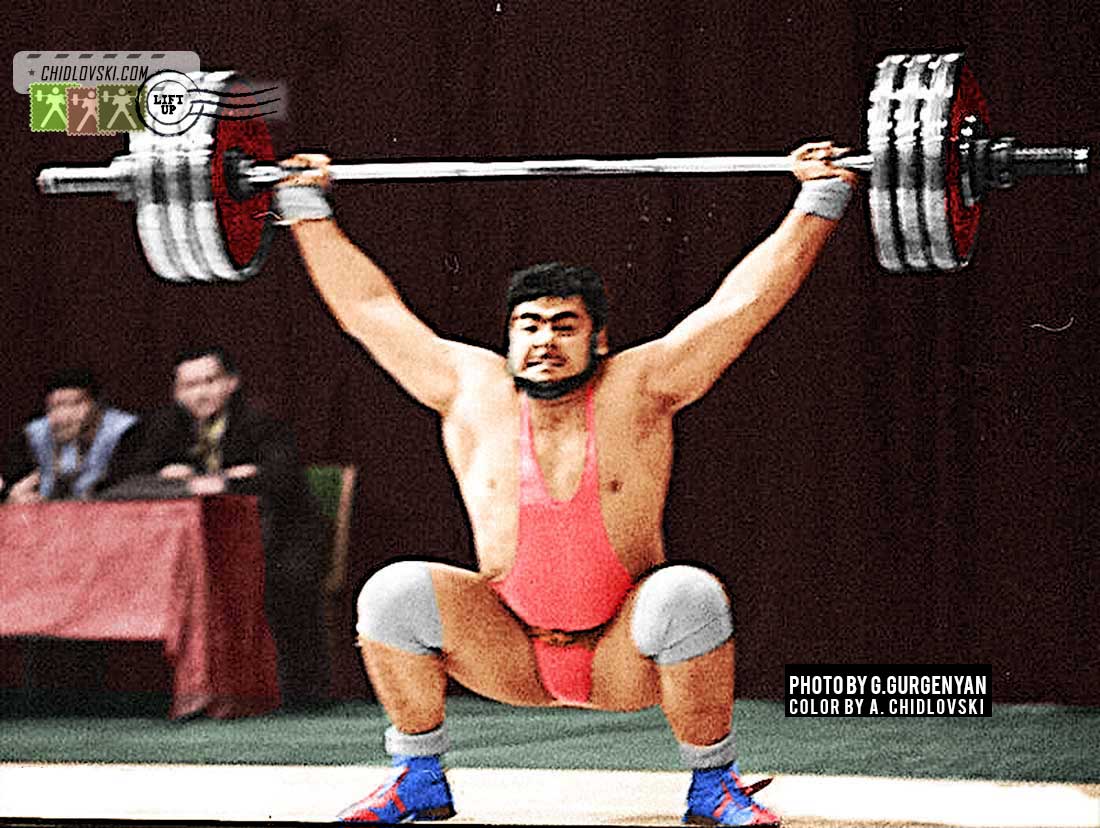 It was one of the first appearances of almost unknown at the time Vasily Alexeev on the top level national competitions. Future super heavyweight megastar is appearing here with the unusual for Alexeev beard and mustache. He is performing a snatch lift at the competition in Alma Ata in 1968.