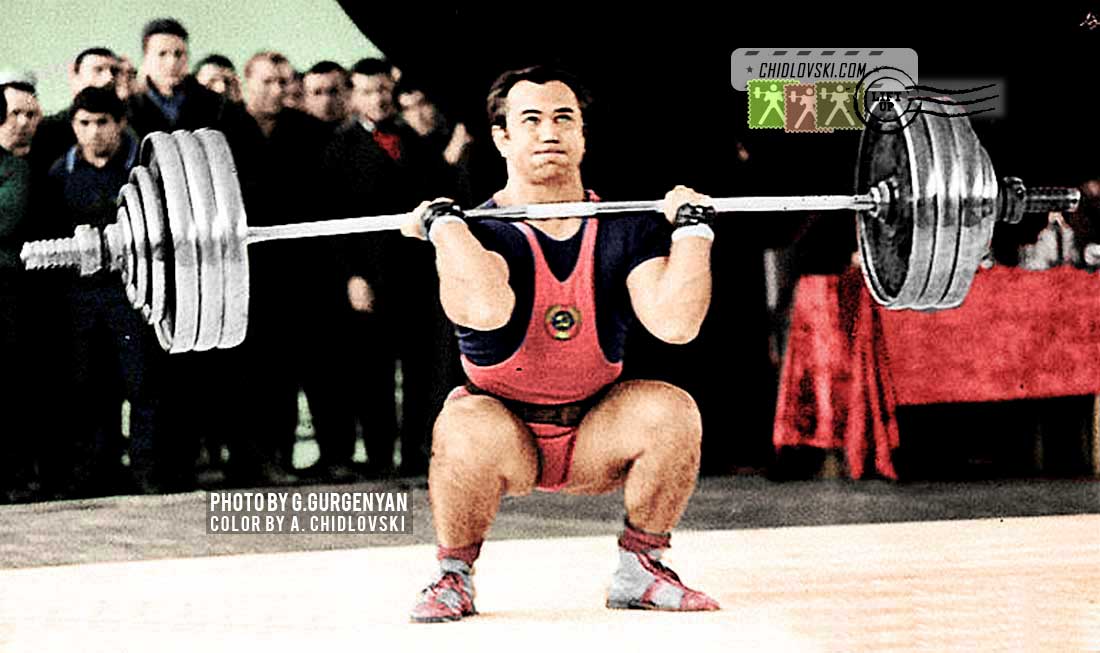 History in Color:
December 21, 1968, Alma Ata, Kazakhstan – Olympic champion of Mexico City (1968) Boris Selitsky of Leningrad, Russia, competes for the Lokomotiv Team and sets a new world record (487.5kg in total) in the 82.5kg class at the 1968 USSR Team Championships in Alma Ata.