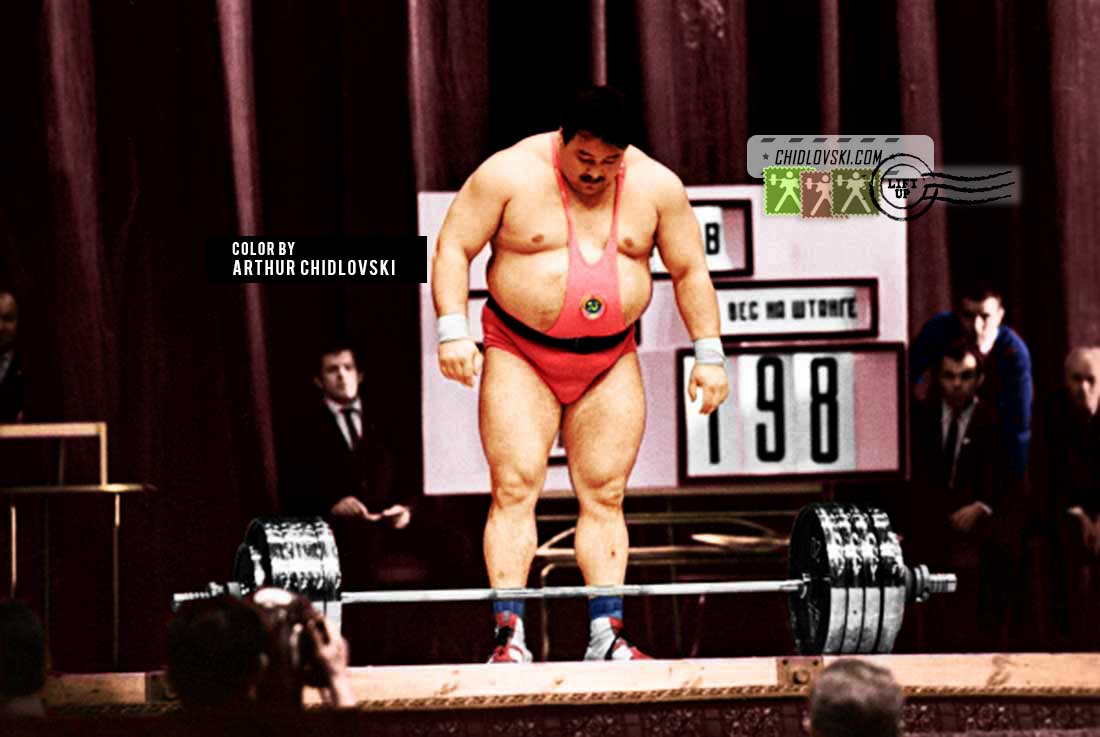 World records holder and national champion, Victor Andreev (1936-2000) was one of the lead Soviet super heavyweights of the 1960s.

Andreev competed in the super heavyweight class for the Avangard club of Lugansk and the Trud club of Cheboksary.

Victor Andreev set 2 world records in the press lift and one of them is shown on the cover photo.

In 1968, medical exams showed he had heart problems and it was recommended that Andreev had to stop weightlifting.