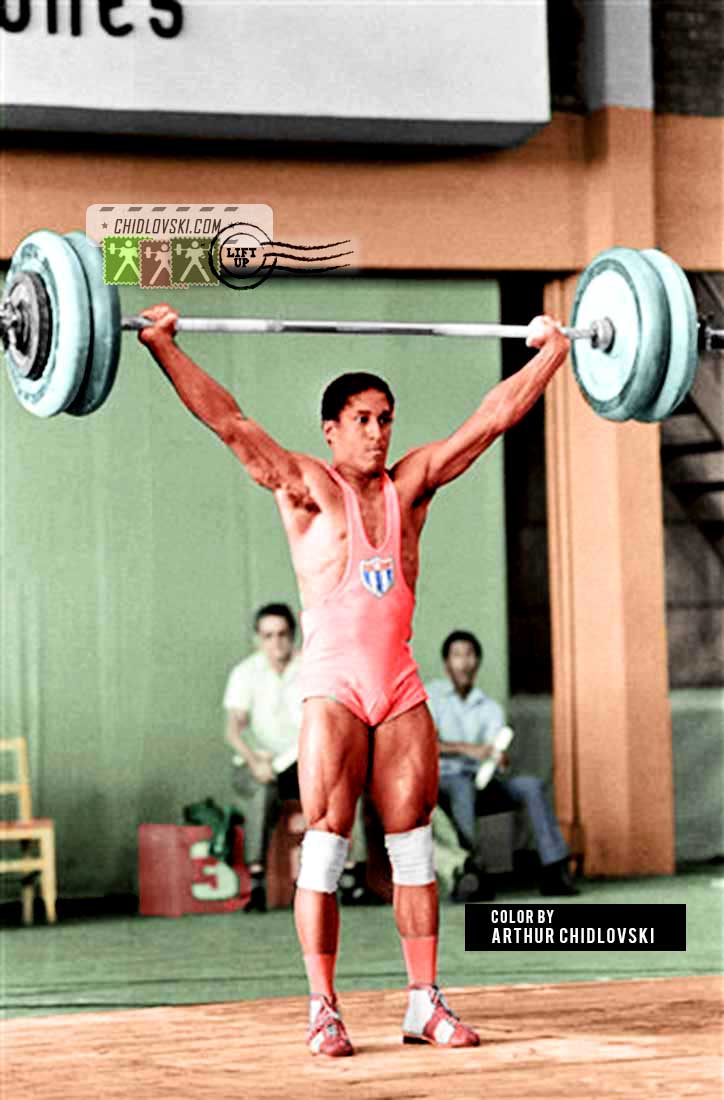 On December 25, 1975, 18-year old junior lightweight Roberto Urrutia snatched 138.5kg and set the first world record ever for Cuba. In 1977, he won the World Championship in the 67.5kg class in Stuttgart, Germany. It was the first gold medal won by Cuban athletes at the Worlds.

While competing for Cuba, Roberto won three World championships (1977-1979), two Pan American Games (1975, 1979), took the 4th place at the 1976 Summer Olympics and set 6 world records. He was one of the most prominent athletes in Cuba and enjoyed privileged life of elite weightlifting celebrity in Havana.