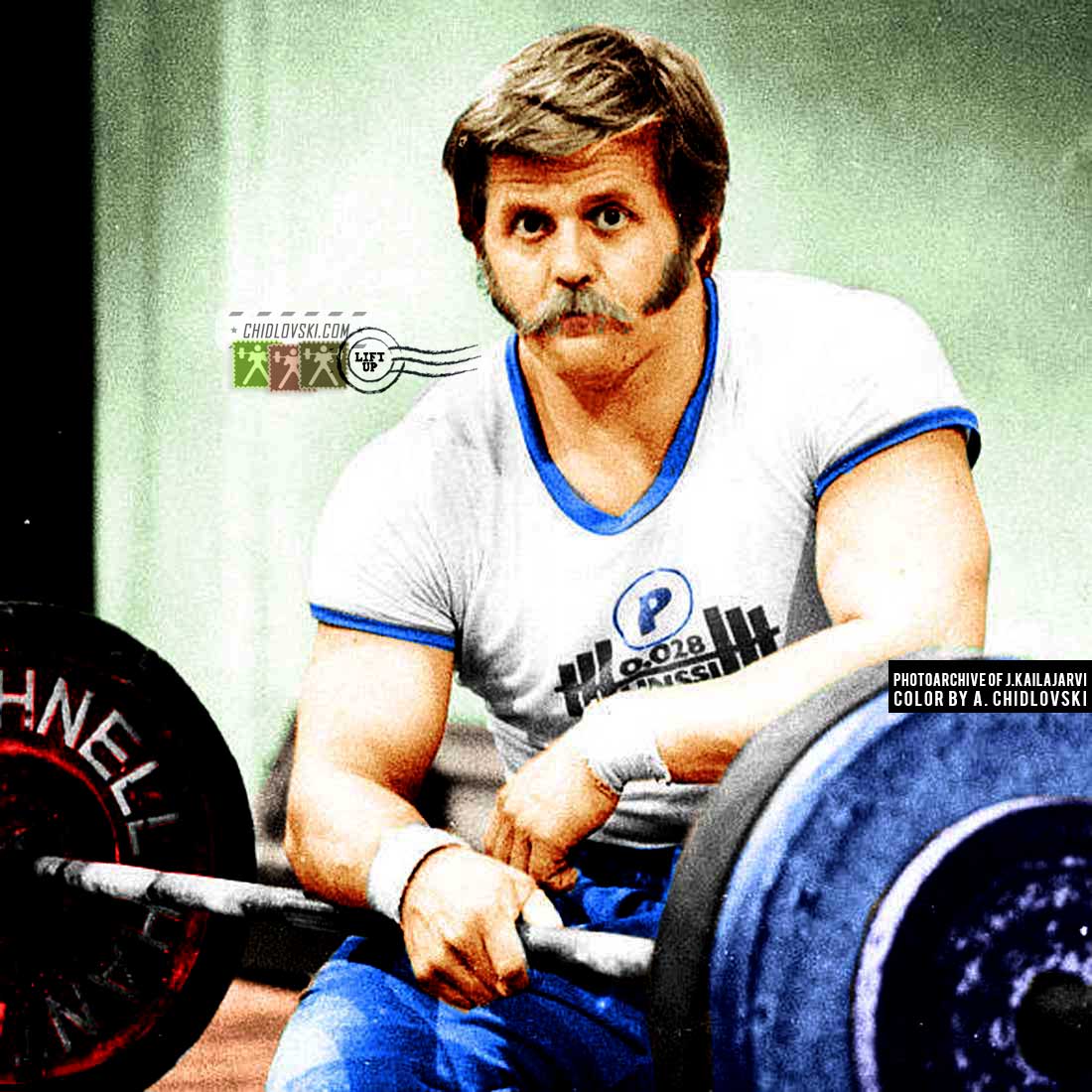 Does anyone know where in the world is Erajarvi? Anyone from Erajarvi here?

In the meantime, I looked it up on the map. It’s a small place in the Pirkanmaa region in Finland. There are about 900 residens in Erajarvi today. And it’s a historical place for Finnish Olympic weightlifting.

It is a place where on July 1, 1962, 21-year old light heavyweight Jaakko Kailajarvi (on the History in Color cover) snatched 143.5kg and set the 1st World record ever by a Finnish weightlifter.

And the 1st world record was set by Jaakko Kailajarvi in Erajarvi in 1962.