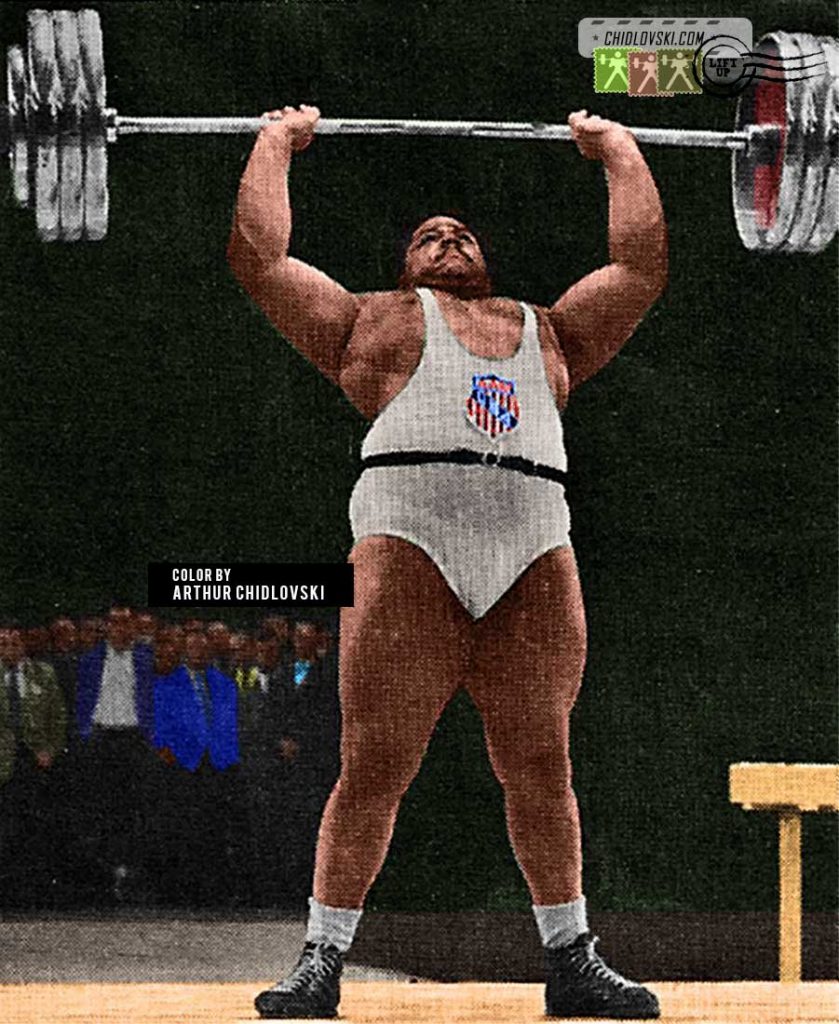 History in Color:
October 4, 1959, Warsaw, Poland – U.S. super heavyweight James Bradford of Washington, DC, USA wins the press competition with a 170kg lift in the 90+kg class at the 1959 World Championships in Warsaw.

In Warsaw, Bradford was 30 and his bodyweight was 130kg. After pressing 170kg, he took a lead in the tournament with a 10kg advantage over a 23-year old Soviet rookie Yury Vlasov who finished with 160kg in the press contest. However, Vlasov went on with a world record in snatch and outlifted Bradford by 15kg in clean-and-jerk and, for the first time in his career, reached a magic 500kg in total.

Jim Bradford was a 4x World vice champion (1951, 1954, 1955, 1959). He also represented Team USA in the 90+kg class at the 1958 United States vs. the Soviet Union weightlifting series where he faced Soviet super heavyweight Alexey Medvedev.

On the national level, Bradford won the AAU heavyweight titles in 1960 and 1961.