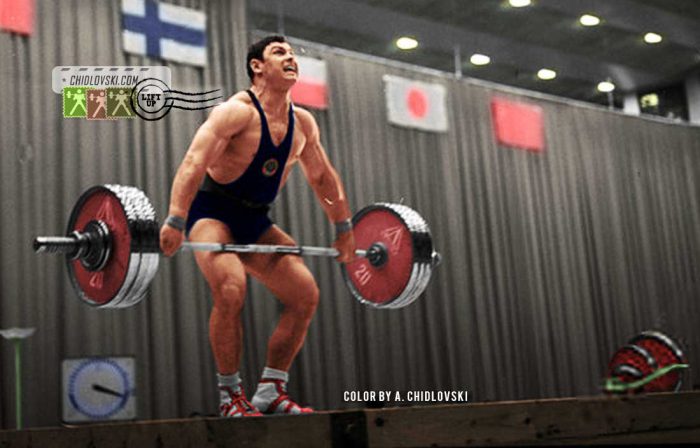 At the time, Team USSR had a mighty group of weightlifters in this class and Sergey Poltoratsky (b. 1947) was definitely one of the best of them.

It was a challenge to get a spot on the team to represent the country on the international arena. Poltoratsky managed to win the World and European title in 1977 and set two world records – in the press and in the cj lifts.