The Usual Suspects of York Barbell 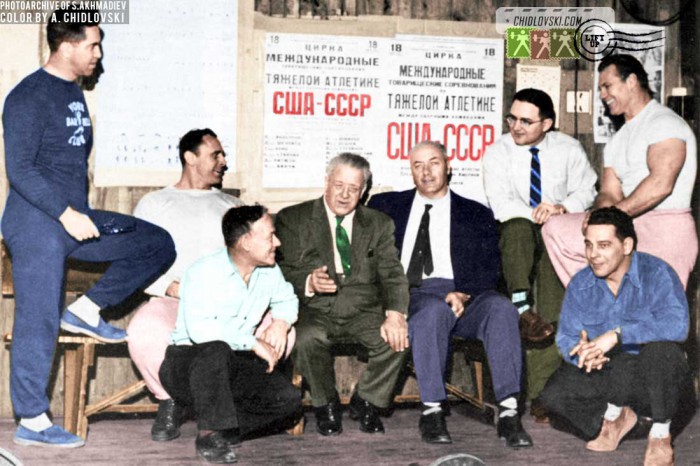 The original caption for the black and white photo said:

For someone who masters Russian writings, the posters on the wall are definitely attention grabbers. Those are original posters of the USA vs. USA friendly weightlifting matches held in the Soviet Union back in 1955.

By the way, it was the first ever visit of the U.S. sports team to the Soviet Union.