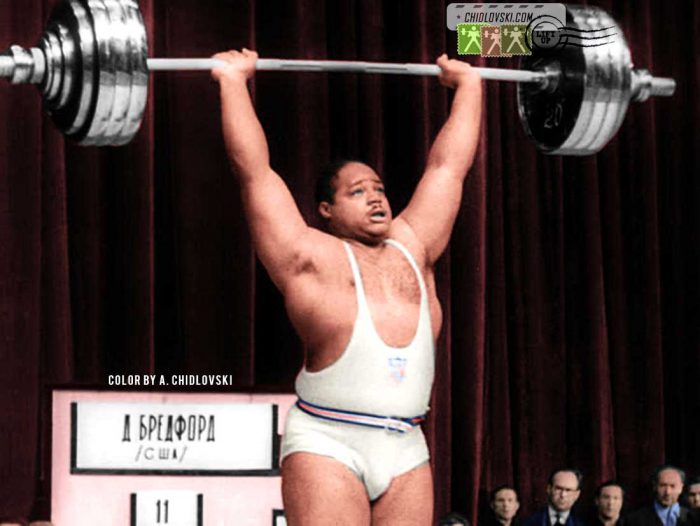 History in Color:
March11, 1961, Moscow, Russia – Heavyweight James Bradford of Team USA competes in the 110+kg class at the 1961 Prize of Moscow international tournament in Moscow.

On the national level, Bradford won the AAU heavyweight titles in 1960 and 1961.