Peter George: The Early Magician of the Squat Style Snatch 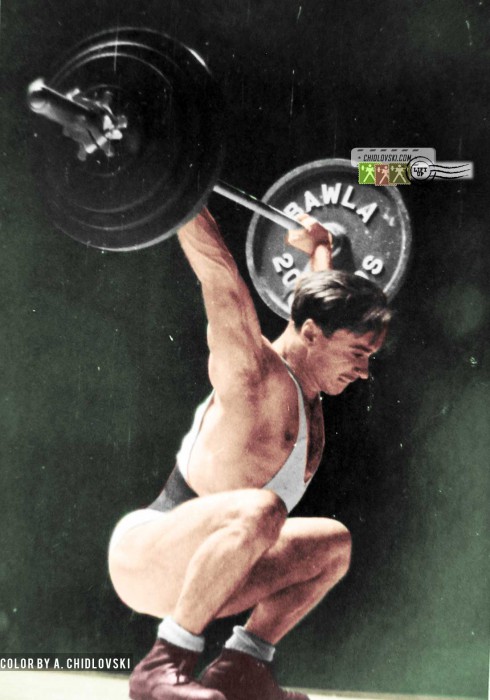 October 27, 1951, Milan, Italy – Legendary Peter George of Akron, USA wins the World title in style in the 75kg class at the 1951 World Championships in Milan.

Prior to 1950 very few lifters outside of Germany were using the squat snatch. In the late 1930s and early 1940s Larry Barnholth and his brothers after viewing the precarious style used by the German national team, perfected the technique. In 1950, Larry and I wrote the “Secrets of the Squat Snatch.”
The first three people to read that book were my brother Jim, Tommy Kono and Dave Sheppard—all then became world record holders.
Tommy’s highly annotated copy is now preserved in the Stark Center for Physical Culture and Sport at University of Texas.
I recently added new material and published the Vintage Edition of that book and it can now be ordered from wherever books are sold, including Amazon.
Peter George (2018)