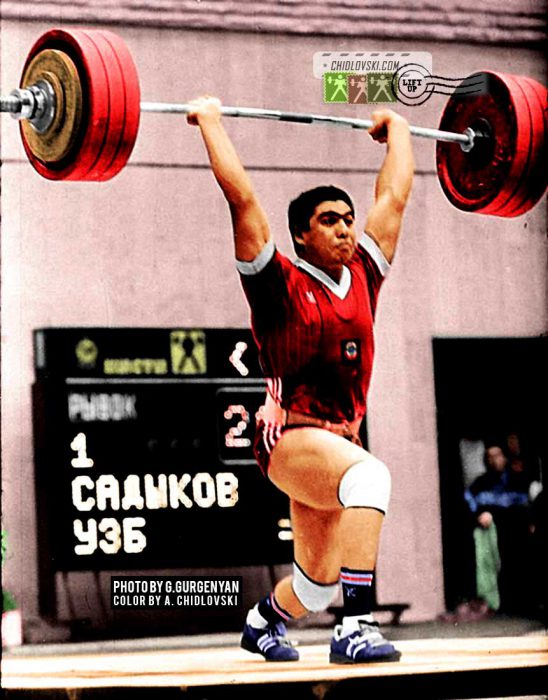 Interestingly enough, the display in the back says that it is the 1st attempt in snatch. It is obviously a clean-and-jerk lift.

Igor Sadykov (born in 1967) was one of the biggest talents in the 100kg class of his generation in the USSR and in the world.

“Igor was the best graduate of the weightlifting school of Fergana” said Gogi Gurgenyan, the author of the black-and-white original of the featured photo and the director of Sports Committee in Fergana, Uzbekistan at the time.