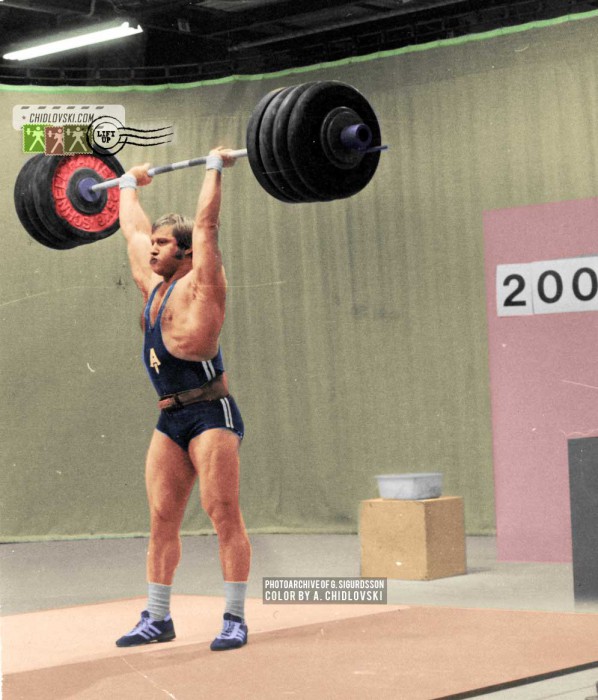 History in Color:
Gudmundur Sigurdsson (b. 1946) is one of the finest athletes that represented Iceland on the international arena in Olympic weightlifing.

He was  a 2x Olympian of Iceland. Sigurdsson represented his country at the Summer Olympics in Munich (1972, 13th place) and Montreal (1976, 8th place). Both times he lifted in the mid heavyweight class.