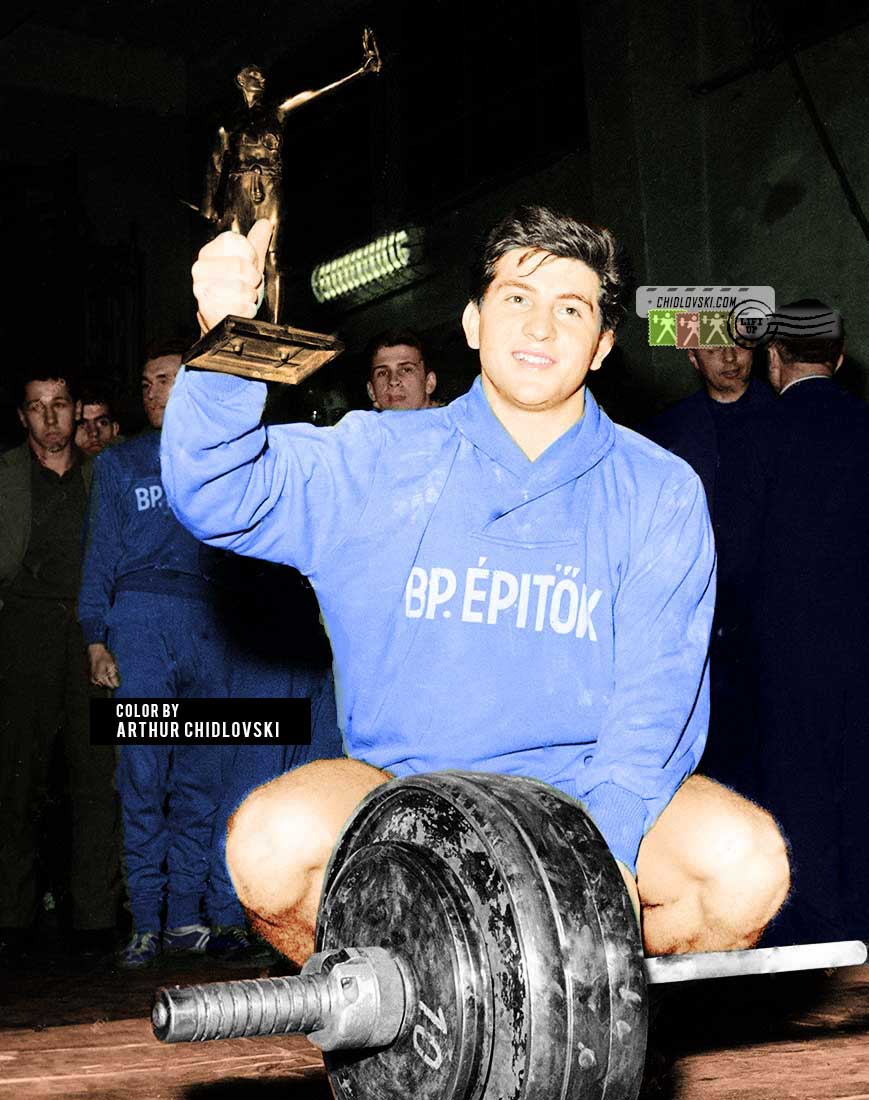 This was the first world record set by Hungarian athletes in 1963 and, of course, the first one for Karoly Bakos.

But at the moment of the original black-and-white was made in 1962, he is still a promising junior who just broke his 1st world record.