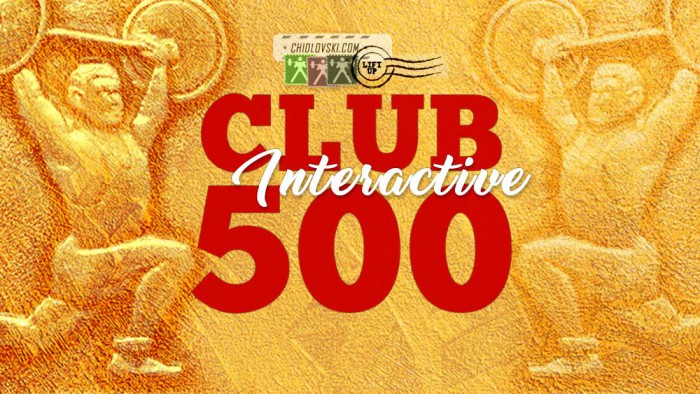 List of all Olympic weightlifters who recorded 500kg total of 3 lifts (press, snatch, clean-and-jerk) prior to elimination of the Olympic press lift in 1972