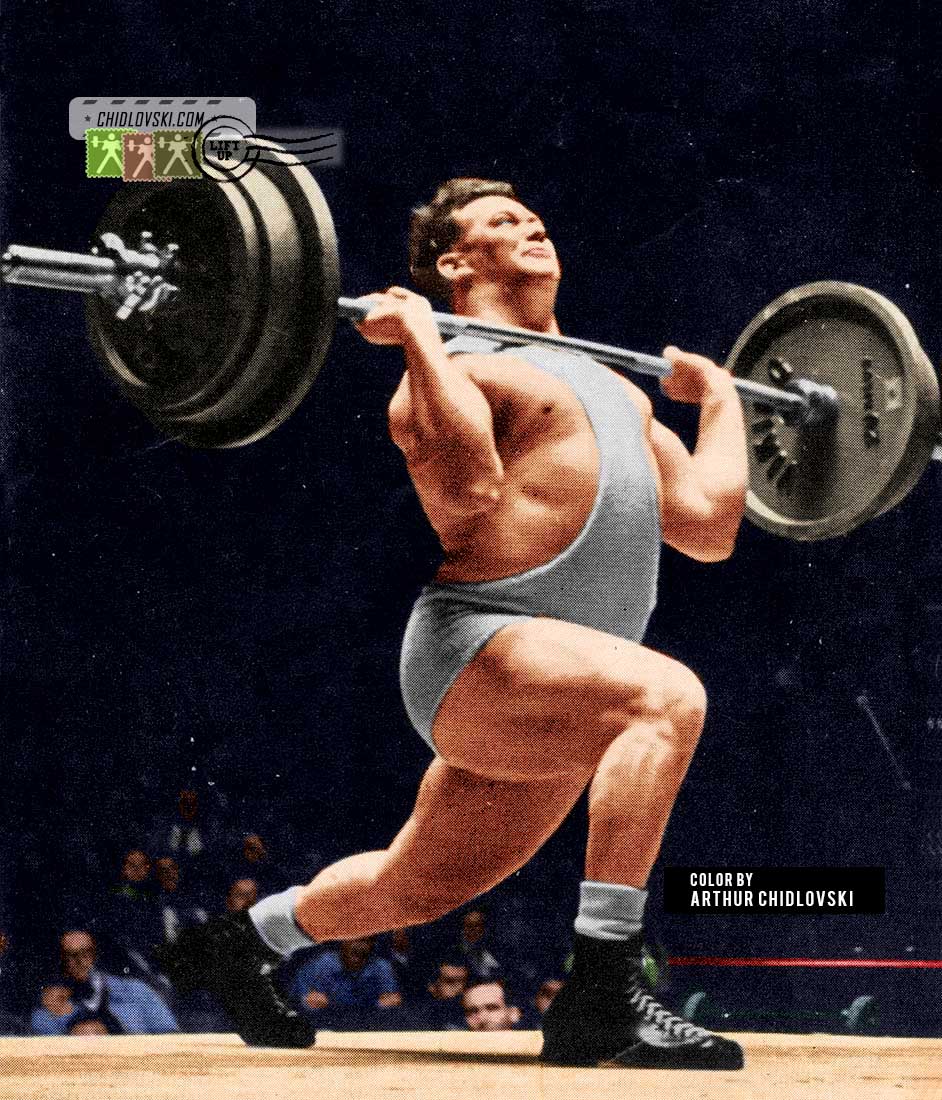 History in Color:
August 11, 1948, London, Great Britain – 30-year old heavyweight Abraham “Bram” Charite of Netherlands is on his way to the bronze medal in the 82.5+ class at the 1948 Summer Olympics in London. He finished with three national records and with a 412.5kg total that allowed him to win an Olympic bronze medal and a European gold medal in 1948.

Abraham “Bram” Charite (1917-1991) of Haag, Netherlands was one of three Dutch weightlifters of all times that were able to bring home medals from the Summer Olympics. Charite competed at the Summer Olympics in London (1948) and in Helsinki (1952).

So far, his bronze medal in London was the last medal won by Dutch men in the Summer Olympics weightlifting tournaments.