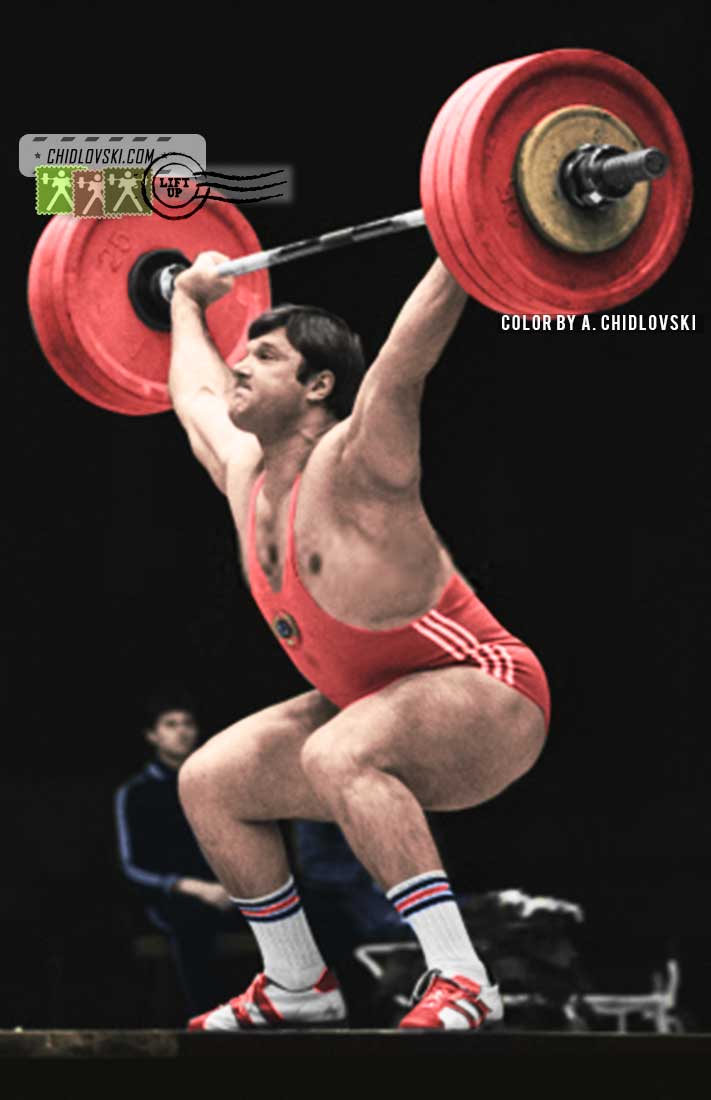 Valery Kravchuk (born in 1955) was one of the strongest Soviet heavyweights in the 1980s.

The 110kg weight class was one of the most difficult among the Soviet athletes to break into to compete on the international level. Kravchuk managed to win the 1982 World and European Championships in Lille where he bypassed his powerful teammate Vyacheslav Klokov.