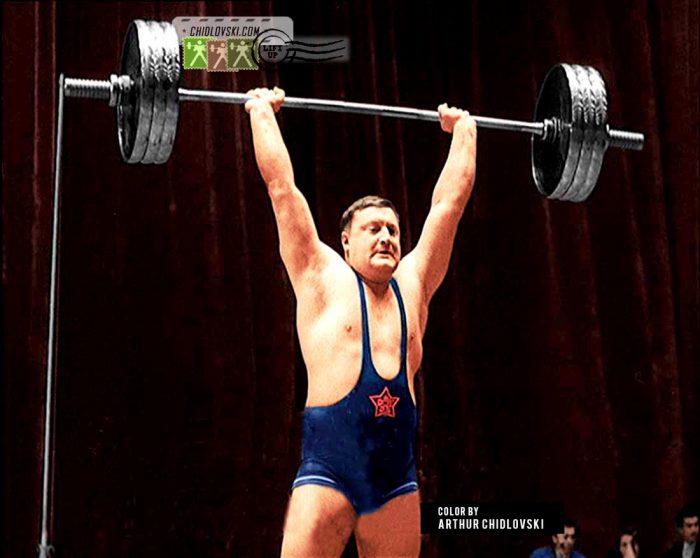 March 9, 1958, Moscow, Russia – Heavyweight Vaclav Syrovy of Team Czechoslovakia competes in the 90+kg weight class at the 1958 Prize of Moscow international tournament in the Soviet Union. He won the 3rd place at this competition in Moscow.

Vaclav Syrowy (1934-2010) was a lead Czechoslovakian heavyweight and one of the top heavtweight contenders on the international arena in the late 1950s – early 1960s.

His post-weightlifting life was amazing. Former 145kg giant, he turned into a solid amateur marathon runner and then became a well-known artist creating very impressive and unique installation and woodworking exhibits.