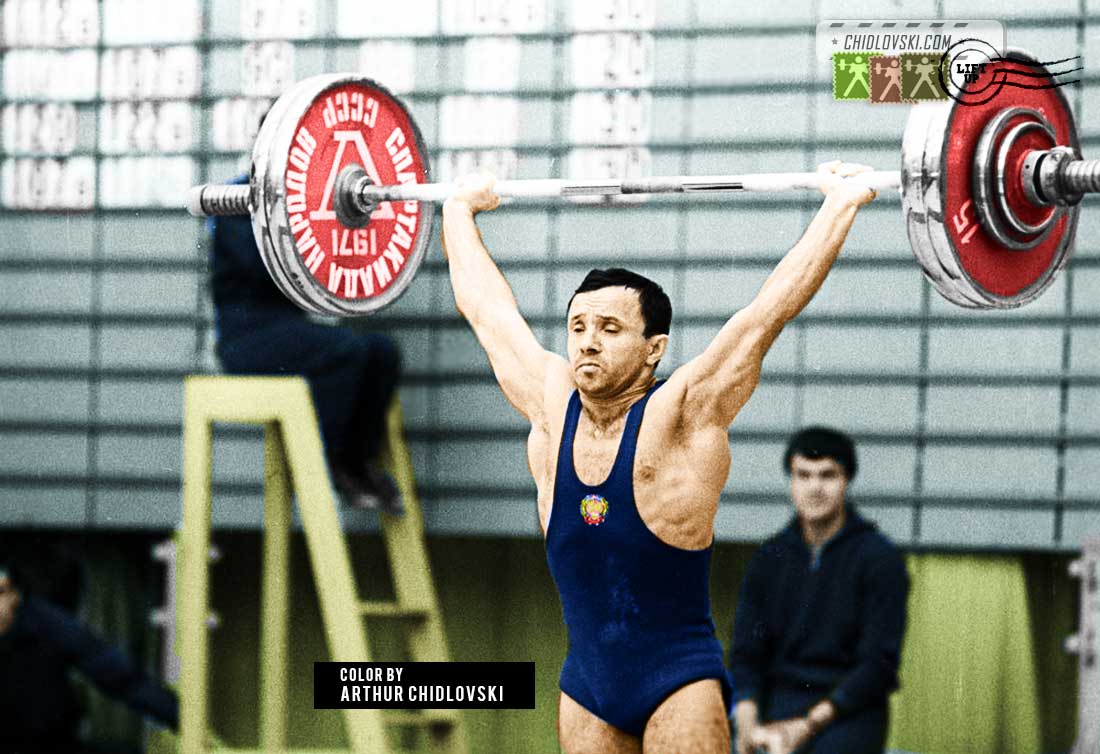 History in Color Series:
Gennady Chetin of Perm, Russia is completing the 110kg snatch lift in the 56kg class at the 1971 USSR Spatakiad Games in Moscow

He was the bronze medalist of the 1972 Olympics in Munich and set 3 world records in his career. All three records were in total.