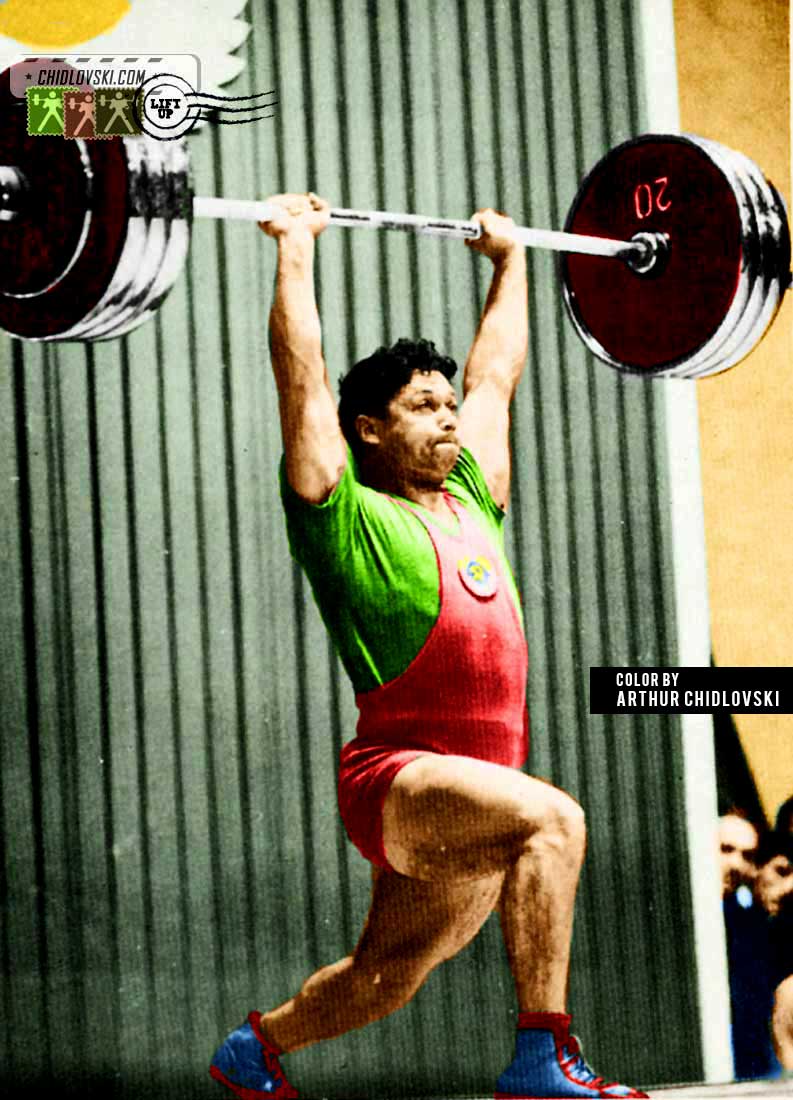 Vladimir Kaplunov (1933-2015) was one of the best lightweight Olympic lifters in the world in the first half of the 1960s.

He managed to set 11 world records in his career.

On the cover photo from the History in Color series, Vladimir Kaplunov performs a clean-and-jerk lift at the 1962 World Championship in Budapest, Hungary. On that  night, he became a World champion with a world record in total.