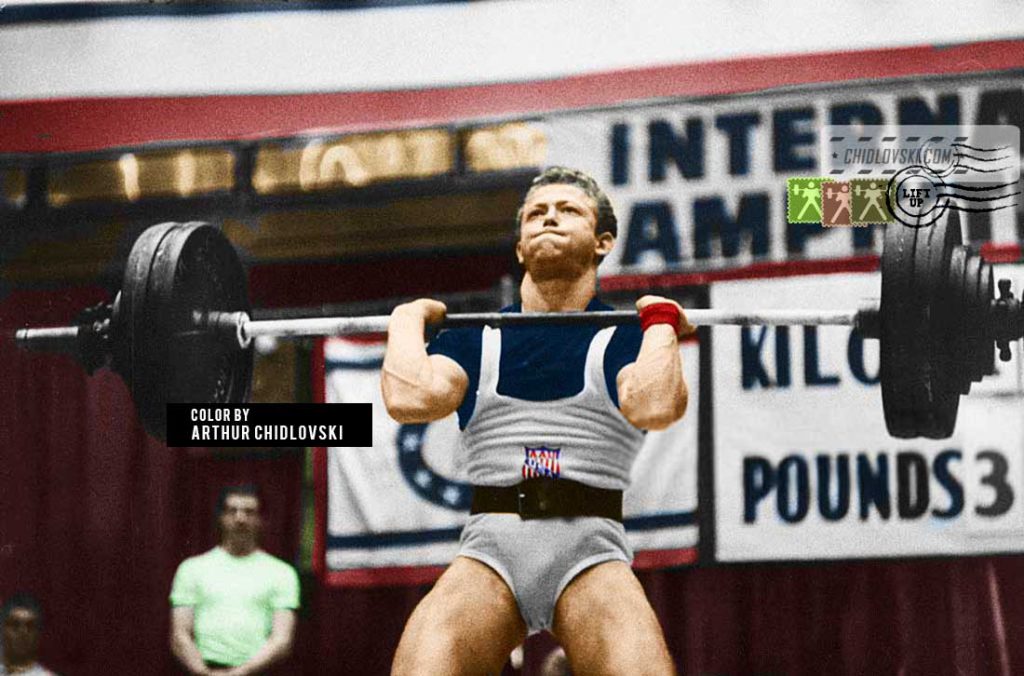 Isaac Berger (b. 1936) was one of the strongest featherweight lifters in the 1950’s and 1960’s. His accomplishments exceed those of any other past or present. During the late 1950’s, no lifter in this country or the world, for that matter, could beat him. He could squat 227.5 kg and front squat 185 kg while his own body weight never exceeded 60 kg. Not only were his results impressive, Berger was well known for his superb technique and his form in all three lifts was widely regarded as flawless. He also set many world records, among them one in the clean-and-jerk which lasted for more than 5 years (quite long for a world record).

Berger was born in Tel Aviv, Israel and emigrated to the United States while he was still rather young. His lifting career took off in the early 1950’s when legendary Bob Hoffman, the “father of American weightlifting” discovered him. By that point, he could already clean 60 kg. Later, at the 1964 Olympics, he set a most impressive world record of 152.5 kg. in the clean-and-jerk. That record remained even into the 70’s.

Although he was proficient in the press, Berger would have been glad to see it dropped even earlier than 1972. He felt that the press held him back; if the IWF had dropped it even as late as 1968, Berger would have come out of retirement to stage a comeback.