The Strongest Filmmaker in the World 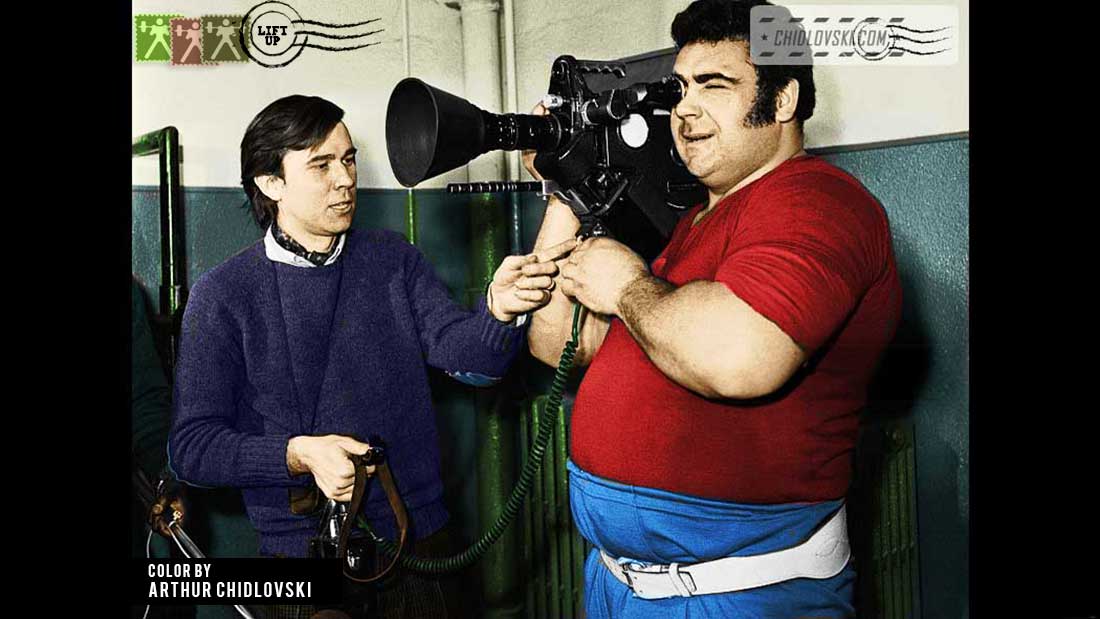 Legendary Vasily Alexeev was impressive not only on the competition platform in the Olympic weightlifting.

There are many accounts of eyewitnesses about his multi-disciplinary talent.

He was great in playing volleyball and tennis, in shot put and throws. He played piano and lifted weights in the Don river. He showed impressive engineering skills designing his top secret exercise machines and equipment.

On this photo digitally enhanced for Lift Up, Vasily Alexeev goes for an Academy Award in cinematography.

The original photo was taken at the competition in Paris in February 1971. Local french filmmakers used this opportunity to make a documentary about the strongest man in the world at the time.

We don’t know how far Alexeev went in his pursuit of film making career. One thing for sure, he set two new world records that day in Paris with the 177.7kg snatch and 222.5kg press.

Those were two records out of 80 that Vasily Alexeev managed to break during his era in Olympic weightlifting.