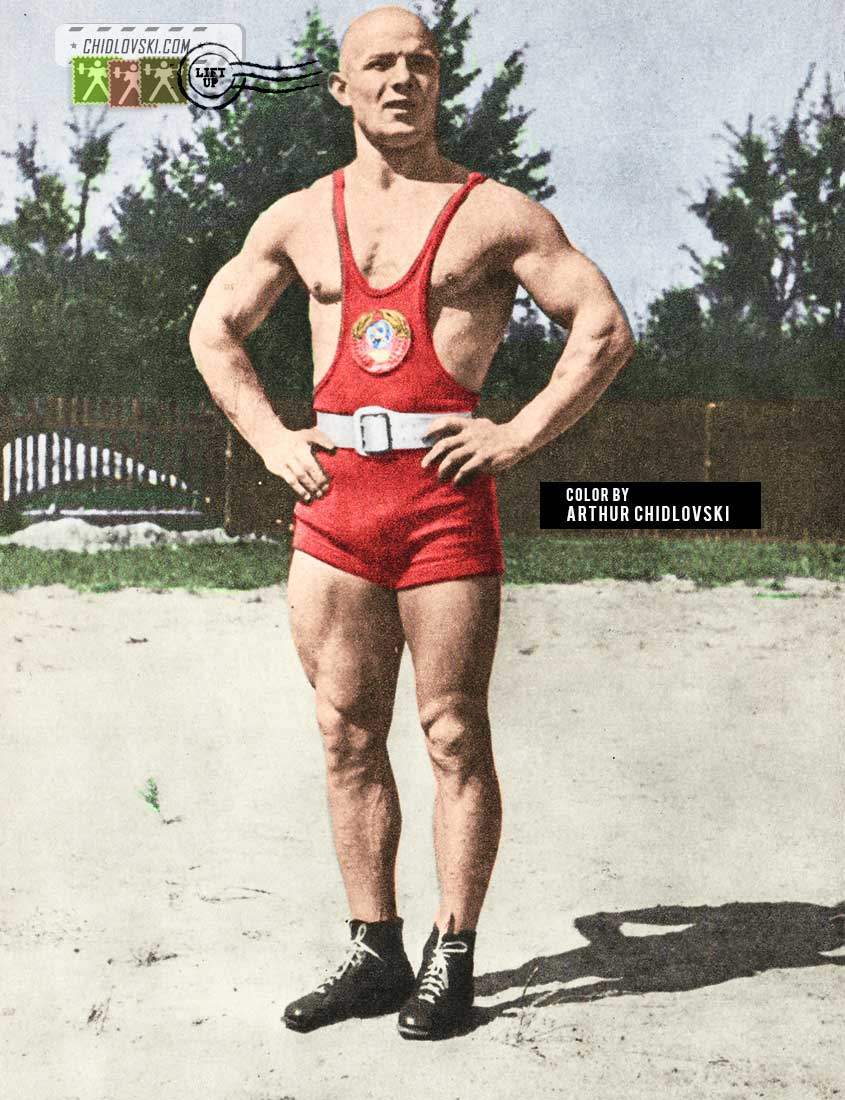 The cover photo from our History in Color Series, features a portrait of Nikolay Saxonov (1923-2011), champion of the World, Europe, USSR and author of seven world records.

Nilolay Saxonov is a true legend of Soviet weightlifting and all sports overall. He belonged to the generation of athletes that stepped on the weightlifting competition platform from the battles of the World War II.

In 1952, Saxonov won the silver medal at the 1952 Summer Olympics in Helsinki. It was the first Olympics that the Team CCCP competed at. The next year, Saxonov became World and European champion (1953). On many occasions, he won the USSR Championships (1949, 1952, 1953) in the featherweight class.

His strongest lift was the clean-and-jerk. Saxonov set 7 world records in this lift.