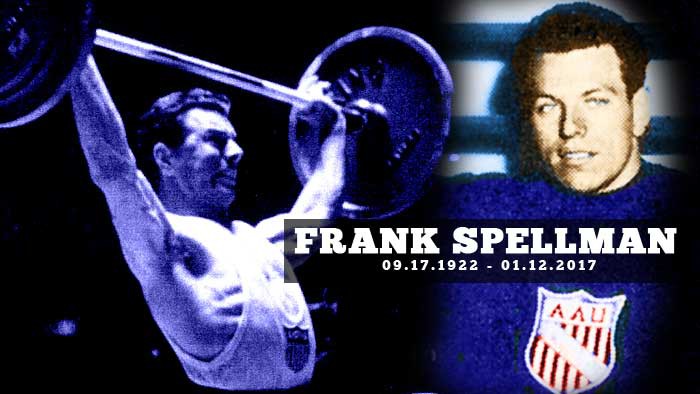 Olympic champion and one of the legends of the York Barbell weightlifting team, Frank Isaac Spellman died at 94 on January 12, 2017.

Spellman has been inducted  to the United States Weightlifting Hall of Fame, to the Helms Hall of Fame and into the International Jewish Sports Hall of Fame.

Complete profile of Frank Spellman in Olympic weightlifting is available at the Lift up.