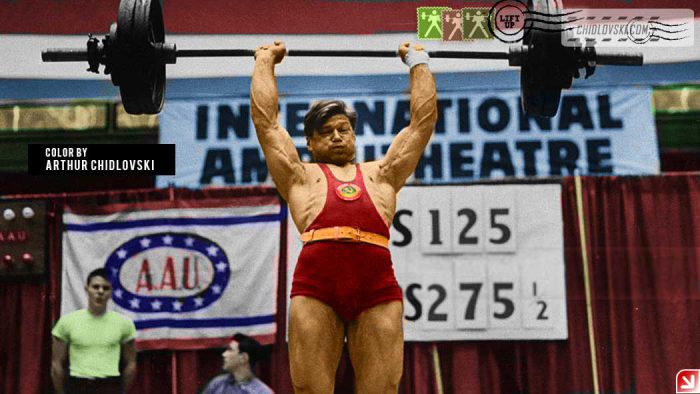 These matches between the Soviet and American athletes in the mid to late 1950 drew alot of attention at the time. In fact, American weightlifting team was the first U.S. sports team ever to visit the Soviet Union.

Bushuev will win the 1960 Olympics in Rome in two years.

He will win the three consequent world titles in 1957-1959 and will set three world records in total.

There were lot of fascinating competitions in his career. Full profile of Victor Bushuev is available @ Lift Up for your review.

On a side note, Bushuev was the favorite athlete of my coach.

Every time I see his photos, I think of my coach.

Who said it’s bad to be nostalgic?