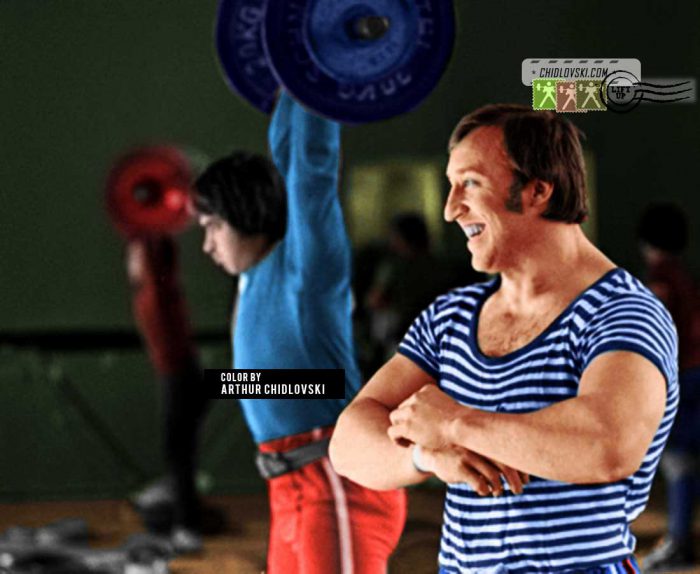 History in Color:
Dnepropetrovsk, Ukraine, Spring 1979 –Olympic champion Valery Shary, middle heavyweight from Minsk, Belarus, is training with the other top candidates to compete at the 1980 Summer Olympics in Moscow during the Team USSR training camp in Dnepropetrovsk.

Valery Shary (born in 1947) was a 2x Olympian of Team USSR. He competed in the light heavyweight class at the Summer Olympics in Munich (1972) and in Montreal (1976) and became an Olympic champion in 1976.

Shary was also one of the top candidates in the 90kg weight class for the 1980 Olympics in Moscow.