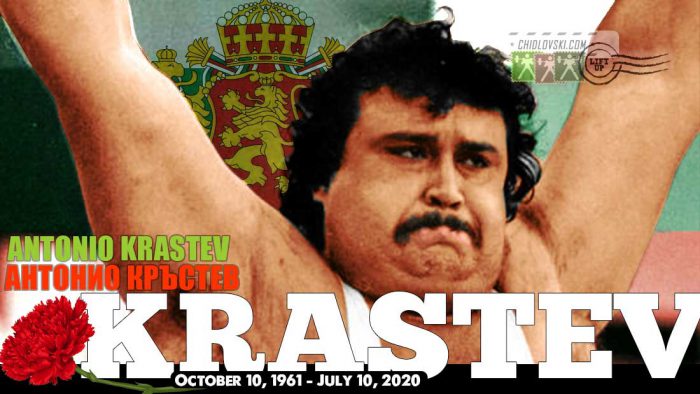 Sad news about one of the weightlifting greats came from the United States.

Antonio Krastev of Haskovo, Bulgaria was one of the greatest Bulgarian weightlifters and a milestone athlete in the history of Olympic weightlifting. Krastev competed in the super heavyweight class and won two World titles (1985, 1986) and two European titles (1986, 1987). His outstanding official world record in the snatch lift stayed for 30 years – from 1987 to 2017.

In 1991, Antonio moved to North America and lived and worked in Canada and the USA.

Our deepest condolences go to the family and friends of Antonio Krastev.