Trofim Lomakin (USSR, Russia): Are You Ready For Melbourne? 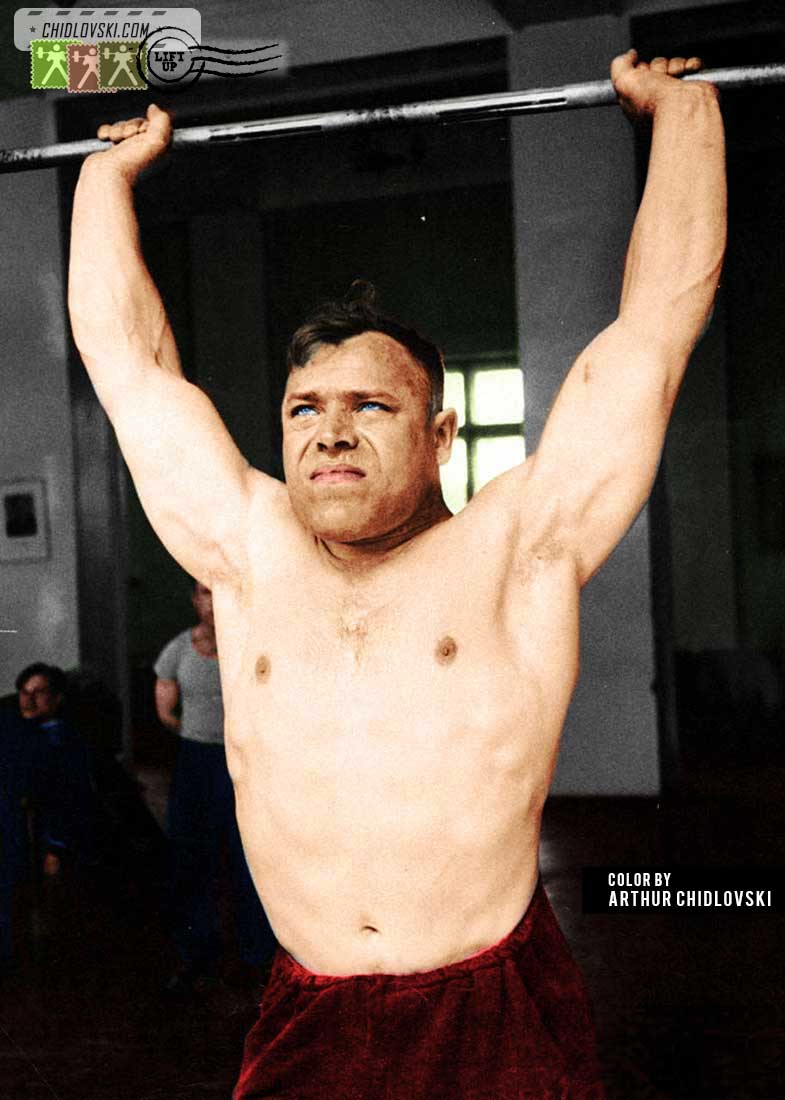 History in Color:
Summer 1956, Moscow, Russia – Olympic champion Trofim Lomakin is training with the Soviet weightlifting team in Moscow for the 1956 Summer Olympics in Melbourne, Australia.

At the time when the black-and-white photo was made, Trofim Lomakin was already 32. He became world famous after winning the 1952 Summer Olympics in Helsinki.

The whole world was amazed with his phenomenal physique. Lomakin was delegated to carry the national flag at the closing ceremony of the 1952 Olympics.

At the same time, weightlifting experts get know more about him. With all the natural talent and impressive appearance and poundage, there was another side of Trofim Lomakin. He faced his own demons when he was out of the training gym. His friend and rival Arkady Vorobyev wrote that Lomakin didn’t really like the weightlifting and enjoyed parties and drinking much more than the sport.

The Soviet coaches didn’t leave this unnoticed. Lomakin didn’t make it to Melbourne in 1956.

To be fair to Lomakin, he learned the lesson and won his second Olympic medal four years later in Rome at the age of 36.