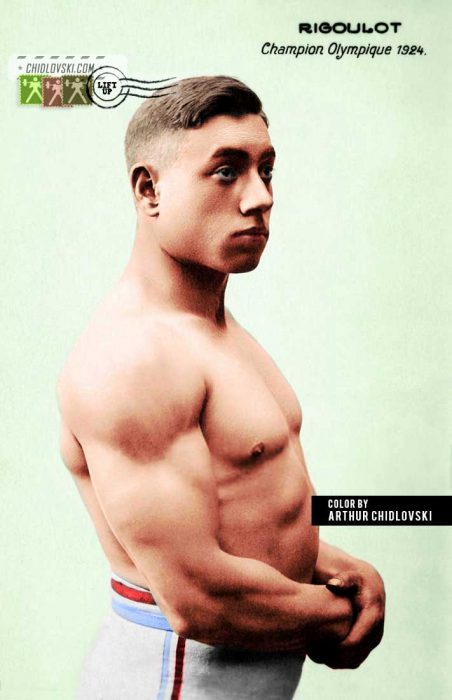 The History in Color cover shows our version of the famous vintage postcard with a black-and-white portrait of Charles Rigoulot when he won the gold medal in the 82.5kg class at the 1924 Summer Olympics in Paris.

By all means, Rigoulot was a French celebrity known as the “strongest man in the world” and, perhaps, the most popular weightlifter in the world before the beginning of the World War II.