Both wore No. 19 on their jerseys and it was amazing to see the duel between the two famous Euro stars of that era in hockey.

For the most part, Balderis played on the Soviet second line and on the blue line they were challenged by powerful D-men Jiri Bubla and Milan Kajkl.

Balderis was a magician of puck handling with a phenomenal speed and graceful skating. Bubla was a blueliner who mastered loud and effective bodychecking routines. 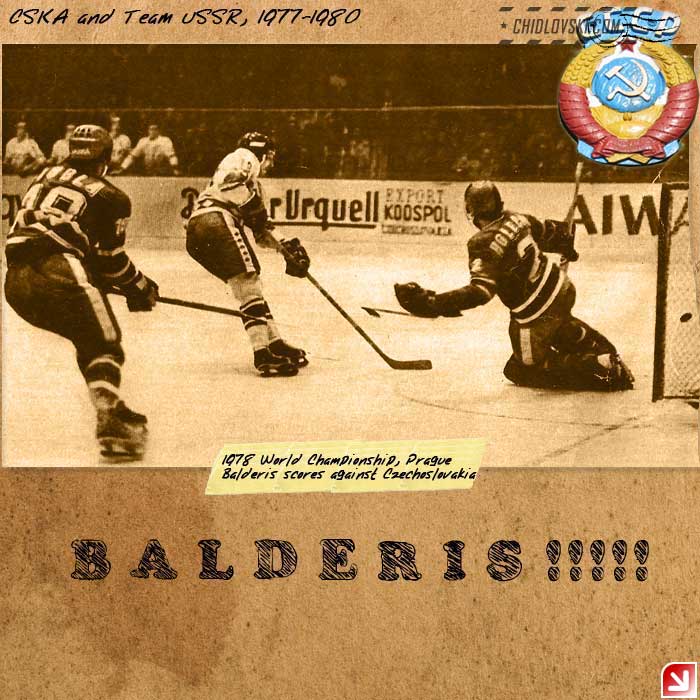