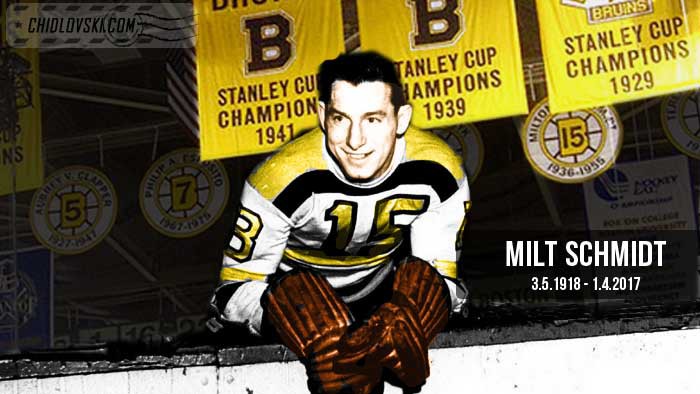 Milt Schmidt, the hockey hall of famer who led Boston to two Stanley Cup championships as the center of the ‘‘Kraut Line,’’ served Canada in World War II and returned to the NHL to win its MVP award and two more titles as the Bruins general manager, died on Wednesday, the team said.
AP

Legendary Milt Schmidt of the Boston Bruins passed away at 98.

He was a player, captain, coach and general manager with the Boston Bruins.

He was inducted into the Hockey Hall of Fame in 1961.