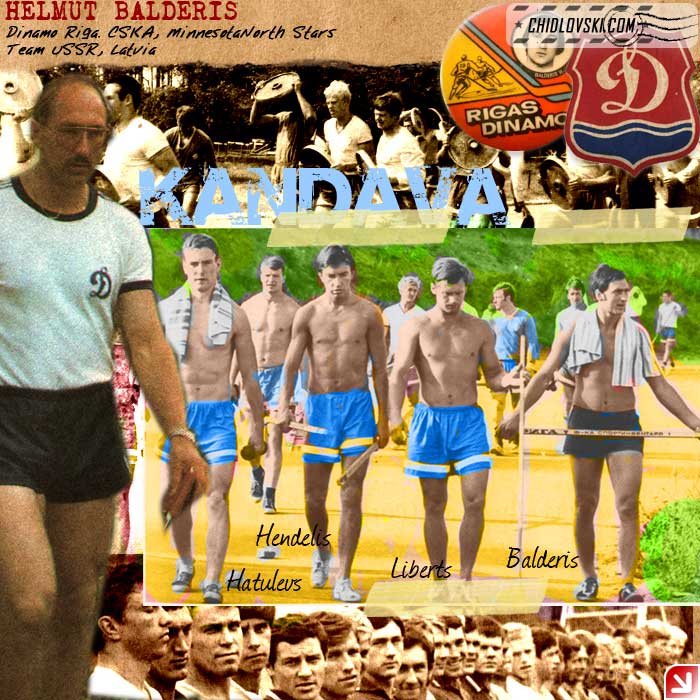 One has to be born with super talent to become a super star. But talents and natural gifts don’t guarantee reaching the caliber of a super star.

One of the right factor in the bio of Balderis was that he began to play in Dynamo Riga under one of the most ambitious and innovative coaches of the time.

It was Victor Tikhonov. Obviously, throughout times, the relationships between the player and the coach were not smooth and, at times, even confrontational.

Tikhonov grew up in the system that digested people the way it needed. Balderis was a natural born unique hockey player and refused to be digested by anything.

Many of us sooner or later get trapped into a no right answer question. Who creates whom – the coach creates a player or a player creates a coach? Everybody wants to be the most important. For example, Slava Fetisov still argues that he would have become a star player without Tikhonov. Not the other way around – Tikhonov would have never become a star coach without Fetisov.

What was first – the egg or the chicken?

I’d say that perhaps it would have taken more years for Tikhonov to get to the international level had he not had such talent as Balderis. On the other hand, he gave Balderis all the innovations he was coming up with, pushed him to the limits due to his ambitious plans.

One of the huge advancements of Tikhonov’s hockey teams was their attention to pre-season conditioning and physical preparation of players. Balderis by nature wasn’t a very athletic person.

The boot camps that Tikhonov set for Dynamo Riga in Kandava, Latvia were legendary. Everybody in the team went through the loops of this camp. Everyone on the team was more physically fit than anyone in the country.

The goal was simple. Win over the best in the league.

The idea was simple. Riga didn’t have a privilege of other teams that had a long bench of super players that they were able to scout all over the country. Tikhonov idea was that only way to beat Moscow super clubs was by being faster and stronger than them. He invented 4-line play and made sure that his players spent enormous amount of time in cross fit boot camp in pre-season.