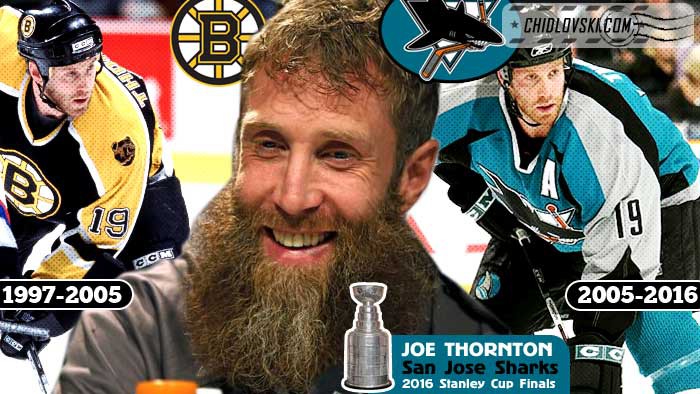 His colorful look in this playoffs features a “19-year-long beard”.

That’s right. Joe “Jumbo” Thornton began his NHL career 19 years ago when he was selected first overall by the Boston Bruins in the 1997 NHL Entry Draft. He played with the Bruins in 1997 -2005. In November 20o5, he was traded to San Jose.

During his career won various major trophies and titles but never the Stanley Cup:

This year he is got to the closest position to hold the Cup.

For those who followed Joe “Jumbo” Thornton playing in the Bean Town in the the early 2000’s and for the fans of the Bruins, it might be a good time to cheer up for one of the most prominent alumni of the Bruins team in the 2016 Cup Finals.

The first game starts in 8 minutes. Are you ready for the finals?