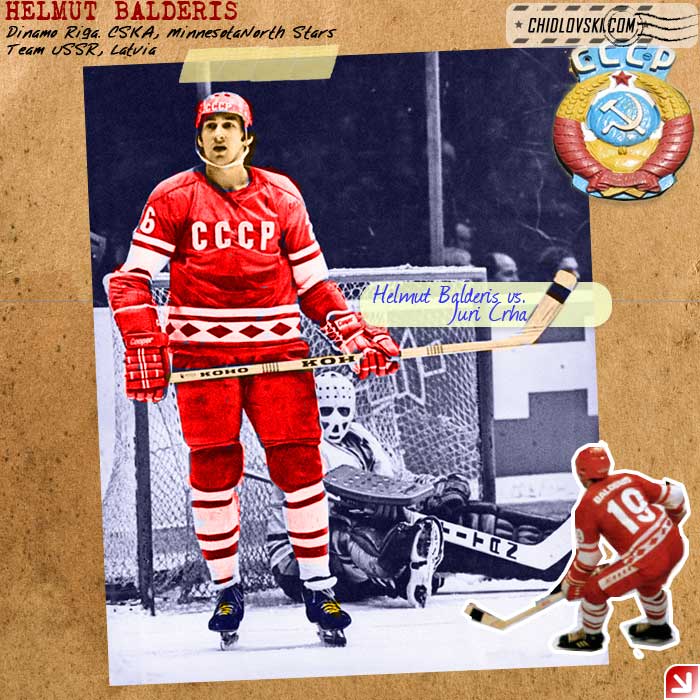 Balderis isplaying his first games with the national team. He is still working on earning the jersey No. 19.

Jiri Crha is a solid tender from Tesla Pardubice. He is a back-up to Jiri Holecek and Vlado Dzurilla, the best goalies representing Team Czechoslovakia.

Those were good old times when life of a teenager in Moscow was about watching Helmut Balderis. Pretty much like today’s teenagers learn the game by watching Crosby or Ovechkin, Stamkos or Kane… We’ll see what they will write in their twitter 30 years from now 🙂