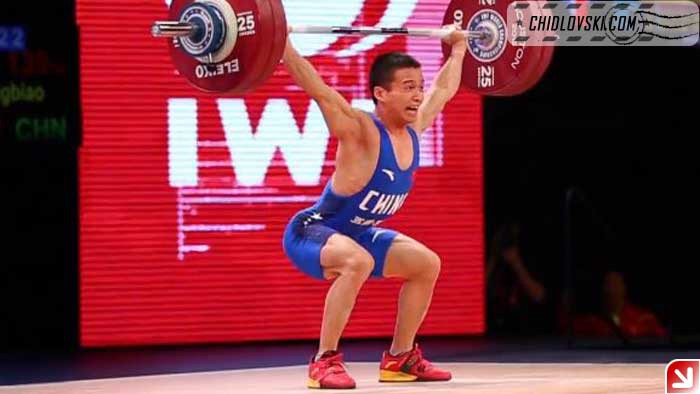 Houston, TX gave a warm and classy welcome to the World Championship of Olympic weightlifters.

Olympic weightlifters responded with setting two outstanding world records in the first day of the competitions of the Class A athletes.

In the bantamweight class for men (56KG), Jingbiao Wu from China broke world record in snatch with his 139KG lift and  Yun Chol Om from North Korea lifted a new world record in clean-and-jerk – 171KG. In the end, Om became a world champion in total and Wu won a silver medal.

Setting a world record in Olympic weightlifting is a a special event. Perhaps, these two records deserve more than a dry report with poundage.

Jingbiao Wu (pictured on the main photo) broke the record set by legendary Halil Mutlu 14 (!!!!) years ago. In many ways, it was almost a different era in Olympic weightlifting. Wu is 26. He already has two world titles (2010  and 2011) and silver at the Summer Olympics in London-2012. This is the first world record in his career. Wow-Wow-Wu-Wu!

Great opening for the tournament! Way to go!