Houston, I’ve got the world in my window 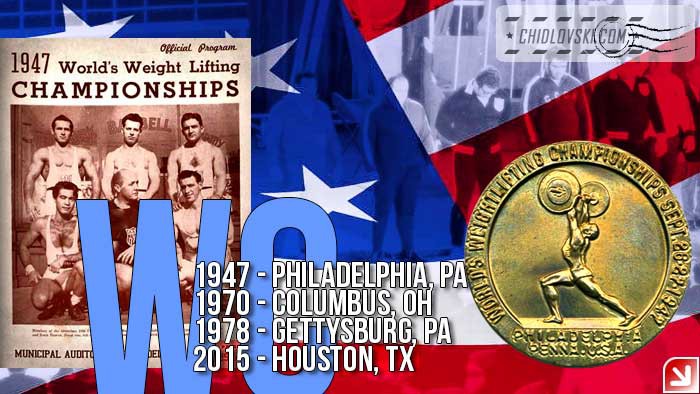 The 2015 IWF World Championship will be held in Houston, TX, USA in November 2015. From November 16 to November 28, the best athletes in the world will be competing for the world titles on the U.S. soil.

This is one of the top events in the Olympic weightlifting. In fact, it is only the 4th time when World championship will be hosted by the United States.

Obviously, it is highly recommended for all fans of the Iron Game and Team USA to attend the events, watch it on TV or internet, cheer up for Team USA.

Here are some useful historical facts and statistics to review before you get into a super fan mode.