Long time ago, the U.S. Senate bought Alaska from Russia for $ 7.2 millions.

The deal was made during the dark days of March 1867.

Now we live ub brighter times. Digging through my old archives and print-outs, I found this paper from the Ebay auction #1744705801..

Mr. kooptrupl2 paid Mr. billschu $ 2.3 mil for the Anchorage Aces hockey team in Alaska. The deal was made online at ebay.com.

150 years ago the whole state was sold for $7+ mils. Nowadays, for $2+ mils the hockey team has been sold over the Internet.

Maybe, it is a sign of progress. Maybe, I am too easy to amaze. 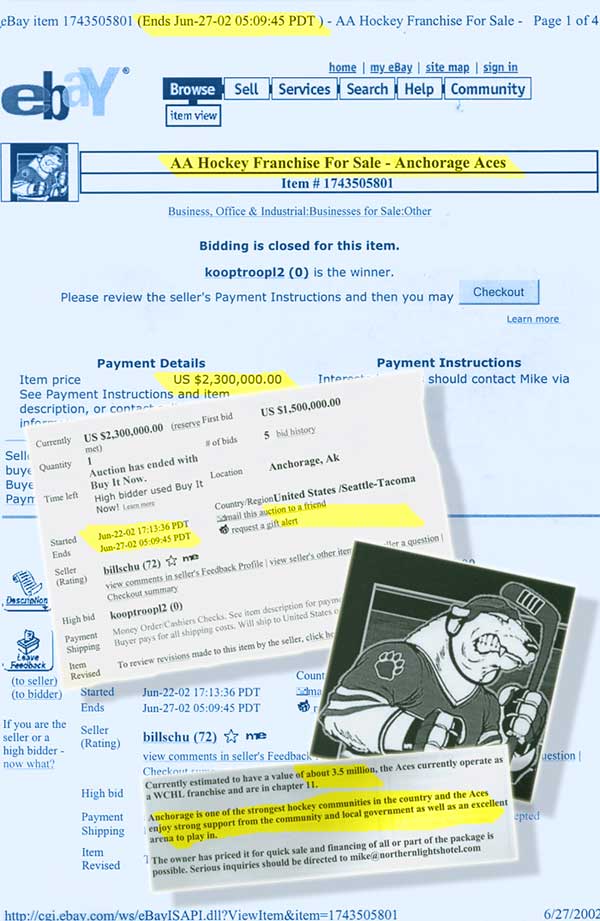