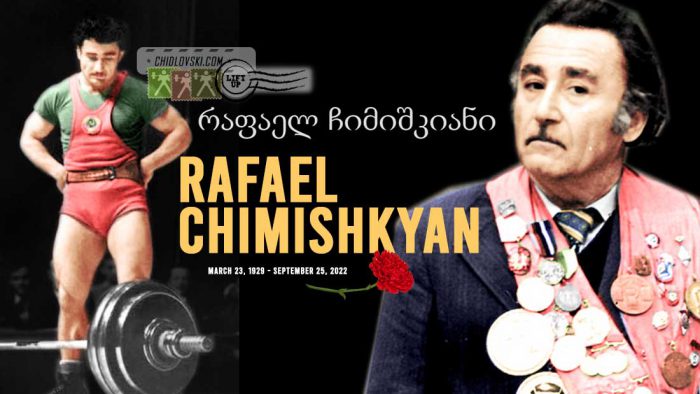 September 25, 2022, Tbilisi, Georgia – Olympic champion Rafael Chimishkyan passed away at 93 in his home Republic of Georgia.

Rafael Chimishkyan was a true champion and legend of Olympic weightlifting. He had a great sense of humor and a great personality.

Our deepest condolences go to the family, relatives and friends of Rafael Chimishkyan, to the Georgian National Olympic Committee and Georgian Weightlifting Federation.

R.I.P. to a legendary champion!