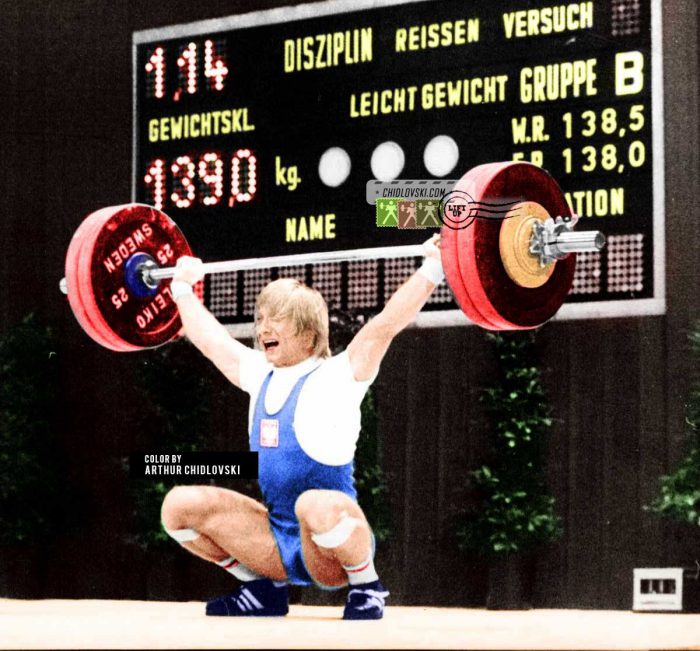 Jan Lostowski (1951-2009) of Wroclaw, Poland was one of the most promising Polish feather and lightweight athletes in the late 1970s.

Lostowski  set his amazing snatch world record shown on our History in Color feature photo while competing in Group B of the 67.5kg class at the 1976 European Championships in East Berlin. He snatched 139kg and beat the previous record of Roberto Urrutia (Cuba) by 0.5kg. Needless to say, the record didn’t stay long and was broken a few hours later that night when Jan’s teammate Zbigniew  Kaczmarek snatched 139.5kg for Poland in Group A.

Less than 2 months later, Lostowski represented Poland in the 60kg weight class at the 1976 Summer Olympics in Montreal and failed in 3 attempts at 120kg in snatch opener.