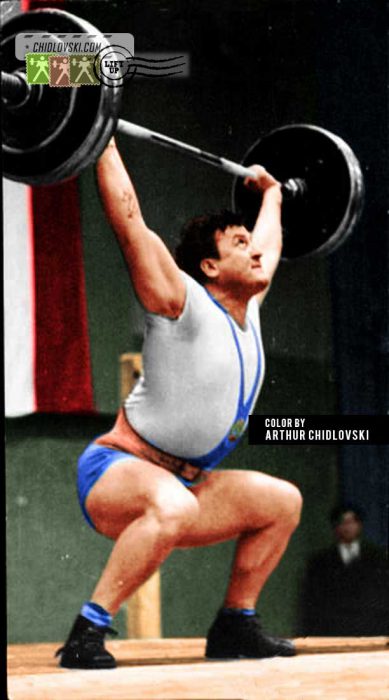 By the end of the night, Veselinov finished with a 455kg (145+130+180) total and won a bronze medal at the Worlds and a silver medal at the European Championships

Ivan Veselinov (1926-1996) of Asenovgrad, Bulgaria was one of the best and most revognized Bulgarian weightlifters of the post World War II generation. From 1950 to 1968, he won 16 Bulgarian Championships! Veselinov was the first Bulgarian athlete to join the top international 500 Club. His personal best was 505kg (170+140+195) total that he reached in 1965.

By all means, Ivan Veselinov is a Bulgarian pride of oldtime classics. He was one of the leading lifters in his country that laid down the foundation for the rise of Bulgaria to a weightlifting power house of champions in the mid 1970s and for decades to come later in the history.