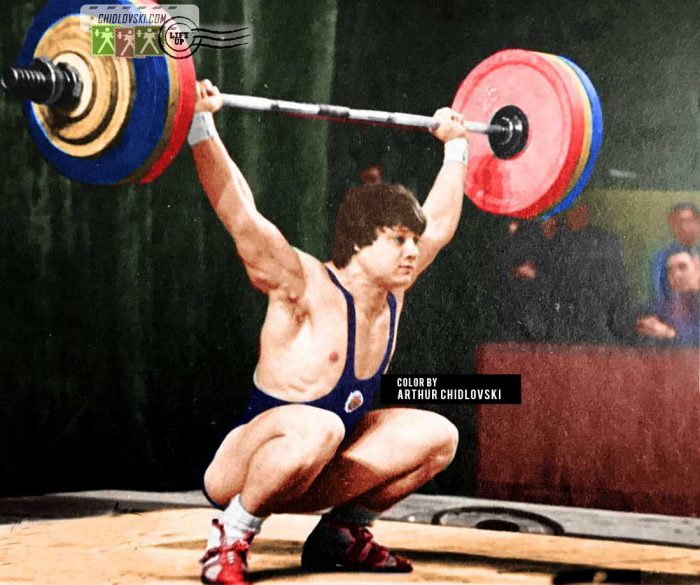 History in Color:
December 12, 1980, Alma-Ata, Kazakhstan, USSR – Rookie junior Yury Zakharevich of Dimitrovgrad, Russia wins a national title in the snatch lift on his way to become a 1980 USSR Cup winner in the 90kg class in Alma-Ata.

It was the first appearance of Yury Zakharevich at the top national level tournament. Being a 17-year old junior lifter, he won the 1980 USSR cup with a 382.5kg total and won a gold medal in the snatch with a 177.5kg result.

Yury Zakharevich (b. 1963) was definitely one of the most talented and promising Russian athletes in the 1980’s. In 1983, when he was only twenty, Zakharevich disclocated his left elbow while attempting to snatch a world record. Doctors rebuilt his elbow using synthetic tendons. He returned to competition in 1984 and won next four European championships as well as the world championships in 1985-1988. In 1988 in Seoul, Zakharevich won a gold medal at the Olympics in a heavyweight division with world records in all types of lifts and in the total.