Norbert Schemansky Goes For a World Record In Snatch (Tokyo, 1964) 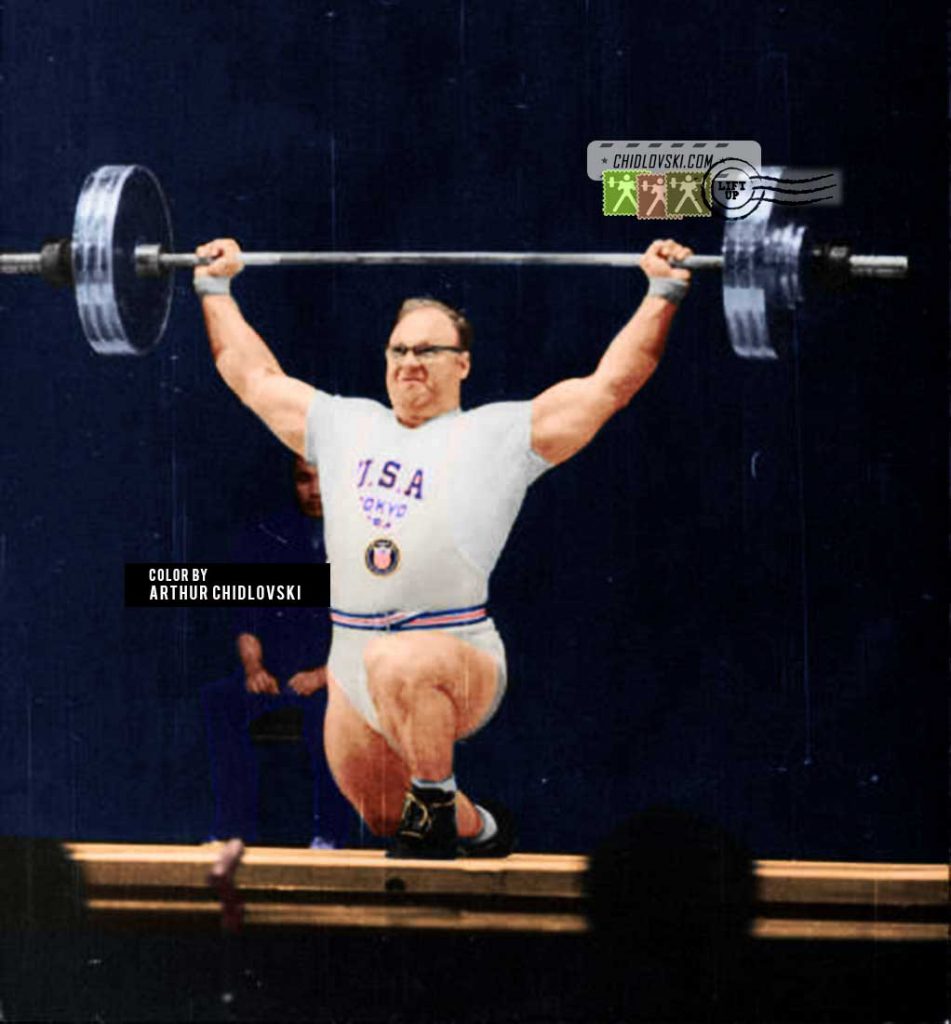 History in Color:
October 18, 1964, Tokyo, Japan – Legendary Norbert Schemansky of Detroit, MI, USA goes for a World record in snatch (173kg) in the 4th attempt during the 90+kg weight class tournament at the 1964 Summer Olympics in Tokyo.

It was another dramatic moment in the epic battle of heavyweights at the 1964 Summer Olympics in Tokyo. Yury Vlasov barely escaped a bomb-out in snatch. He managed to lift his 162.5kg opener only in his 3rd attempt and then he snatched a World record (172.5kg) in the additional 4th attempt. And then Norbert Schemansky tried to snatch another World record of the night (173kg).

Schemansky was close but failed to set the World records this time.