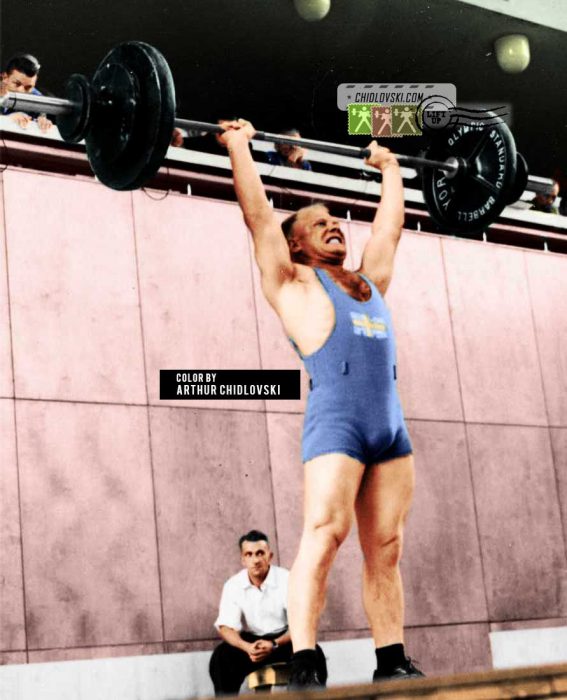 Olof Arvid Andersson (1919-2011) is the most successful Swedish Olympic weightlifter of the 20th century. He was a World champion and a two-time Olympian who represented Sweden at the Summer Olympics in London (1948) and in Helsinki (1952).