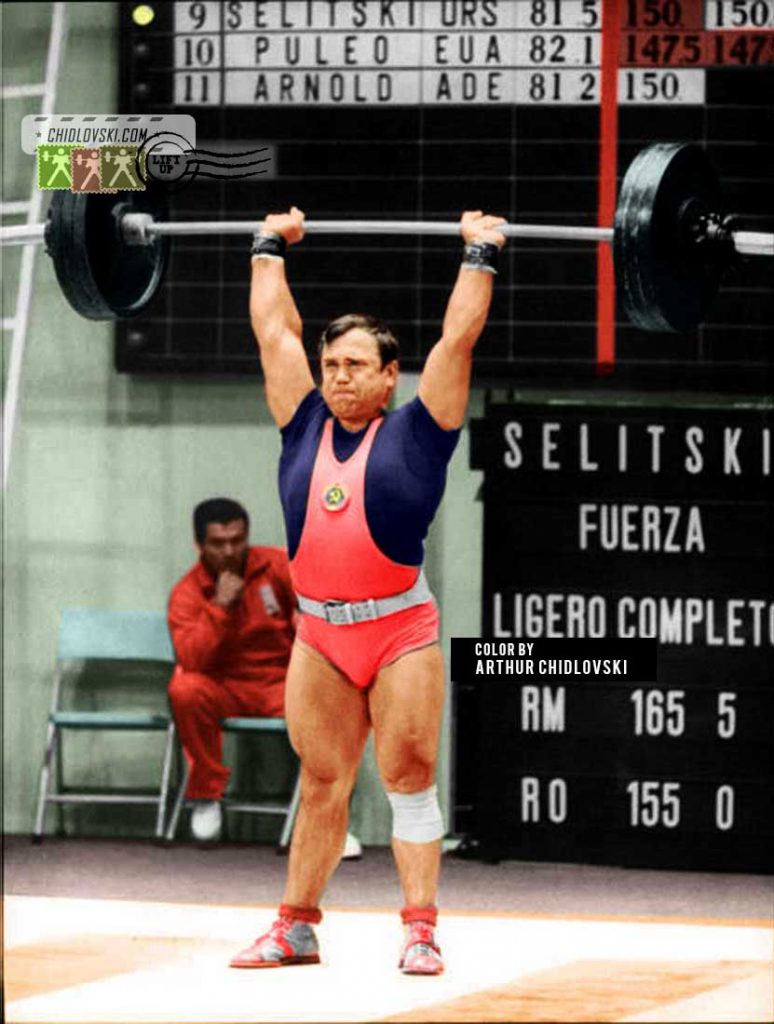 It was a historic night in Mexico City for a 30-year old Boris Selisky. At the 1968 Summer Olympics, he finished with a 485kg (150+147.5+187.5 ) total and became an Olympics champion. Needless to say, Selitsky was not a “one night medal stand” champion. He had a long career in this sport and competed for many years before and many years after the Olympics in 1968.

In 1971, Boris Selitsky joined the Club 500, a prestigious list of weightlifters who managed to reach 500kg total of three lifts (Olympic press, snatch and clean-and-jerk). With the press lifting being cancelled from the Olympic weightlifting in 1972, the Club 500 remains untouched today and has no new members joining it. Selitsky’s best 3-lift total was 500kg (170+147.5+182.5) with a body weight 84kg in 1971.