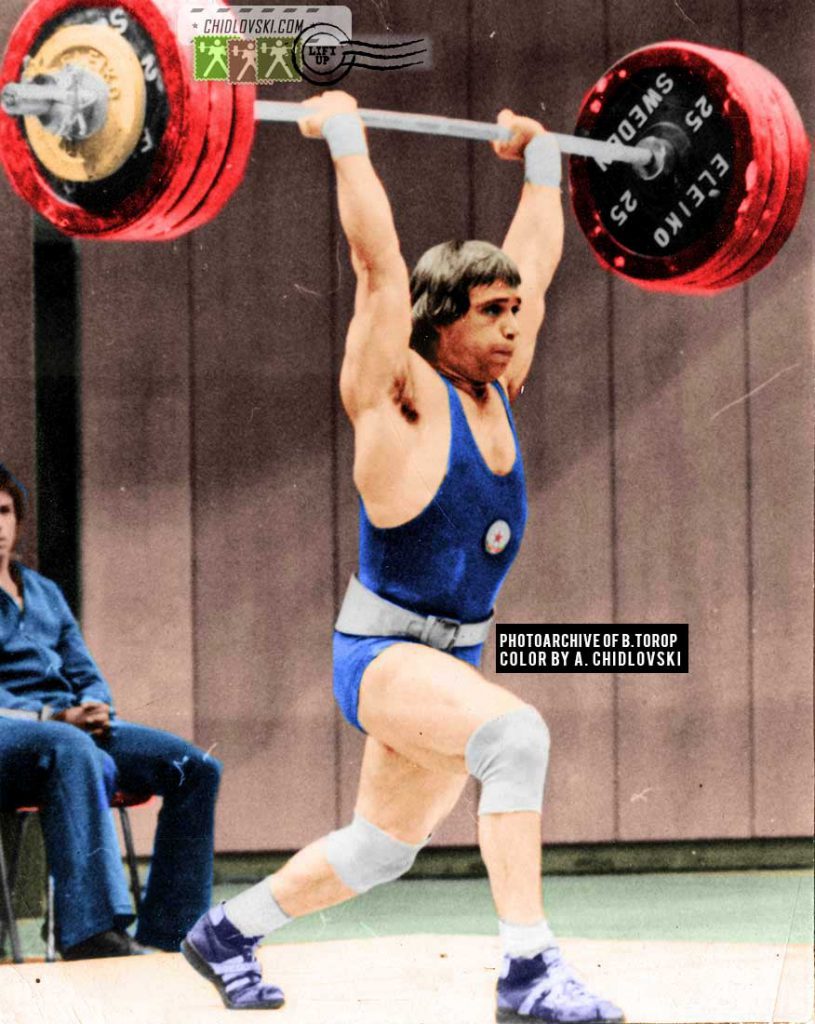 History in Color:
July 9, 1979, Sofia, Bulgaria – 20-year old lightweight Yanko Rusev, member of the national weightlifting team of Bulgaria, clean-and-jerks a world record of 185.5kg and wins a gold medal in the 67.5kg class at the 1979 Republican Spartakiad and Bulgarian Championships in Sofia.

It was a big night for Bulgarian superstar Rusev. He set 3 world records on his way to the national title – 147kg snatch, 185.5kg clean-and-jerk and 325kg in total.

Rusev managed to set 25 world records in his career. His personal best in total were:

Yanko Rusev shined with an outstanding strength and almost perfect lifting technique in both the snatch and the clean-and-jerk lifts. He was a definite leader in the lightweight and the middleweight divisions and was considered virtually unbeatable at the time he competed in these weight classes.