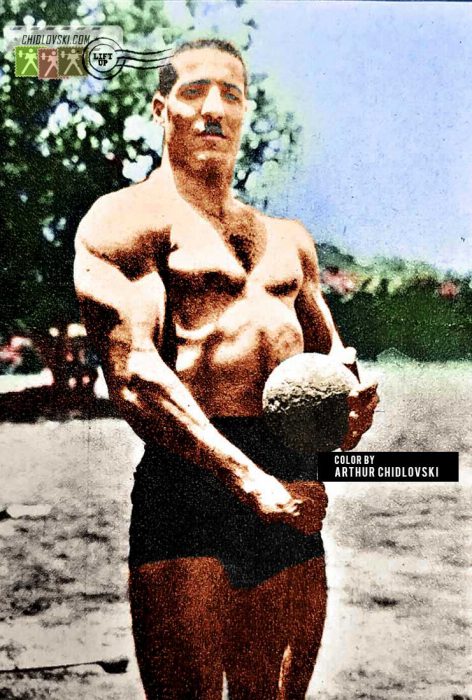 The History in Color cover photo is based on the black-and-white portrait of legendary El Sayed Nosseir made in 1928 when he won a gold Olympic medal in Amsterdam.

El Sayed Nosseir (1905-1977) was an outstanding Egyptian Olympic weightlifter and sports manager. He was one of the first Olympic champions of Egypt overall.

Nosseir won his gold medal in the 82.5kg weight class at the 1928 Summer Olympics in Amsterdam. As an athlete, Nosseir also managed to set 7 world records in his career in Olympic weightlifting.

After finishing his career as a competitive athlete, he was responsible for the rise of a very successful Team Egypt, which was one of the top Olympic weightlifting team in the 1940s and in the 1950s. Here is the ranking Team Egypt in the world in those early decades of the 20th Century: