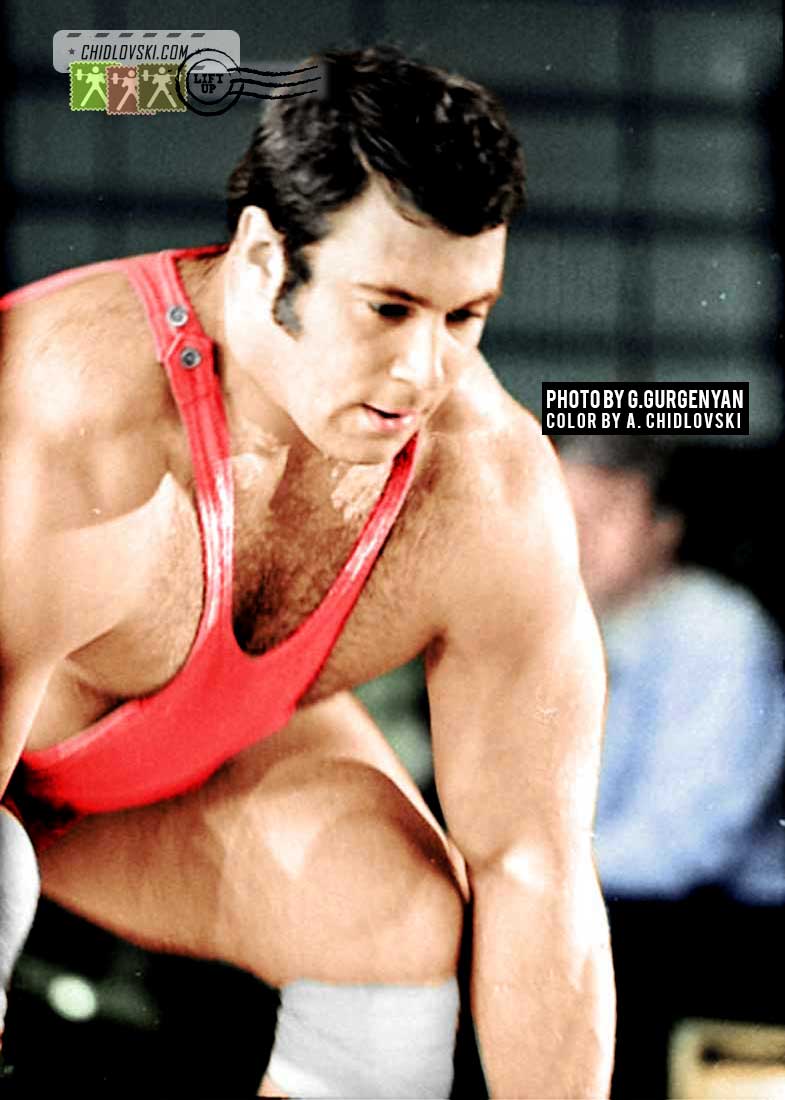 July 23, 1971, Moscow, Russia – Heavyweight Valery Yakubovsky of the Dynamo Moscow team competes in the 110kg competitions at the 1971 USSR Championships and Spartakiade at the CSKA Weightlifting Arena in Moscow.

The competition for the place in the national team in his weight class was tough. The list of the usual suspects was impressive and included Vladimir Golovanov, Jaan Talts, Yury Kozin, Karl Utsar, Pavel Pervushin, Yury Yablonovsky – to name just a few.

As a result, Yakubovsky had rather a very limited exposure to the top international tournaments. He won the 1971 European Championships in Sofia and set 8 world records in his career (4 in the press lift, 1 in the snatch, 1 in the cj and 2 in the total of three lifts).

Valery Yakubovsky competed for the Dynamo Moscow club and won the 1973 USSR Cup, gold medal in the snatch lift (1973), silver (1970) and bronze (1973) medals in total at the USSR national championships.

His remarkable appearance and physique was definitely noticeable. It certainly remains in the historic memory of the followers of the Iron Game.