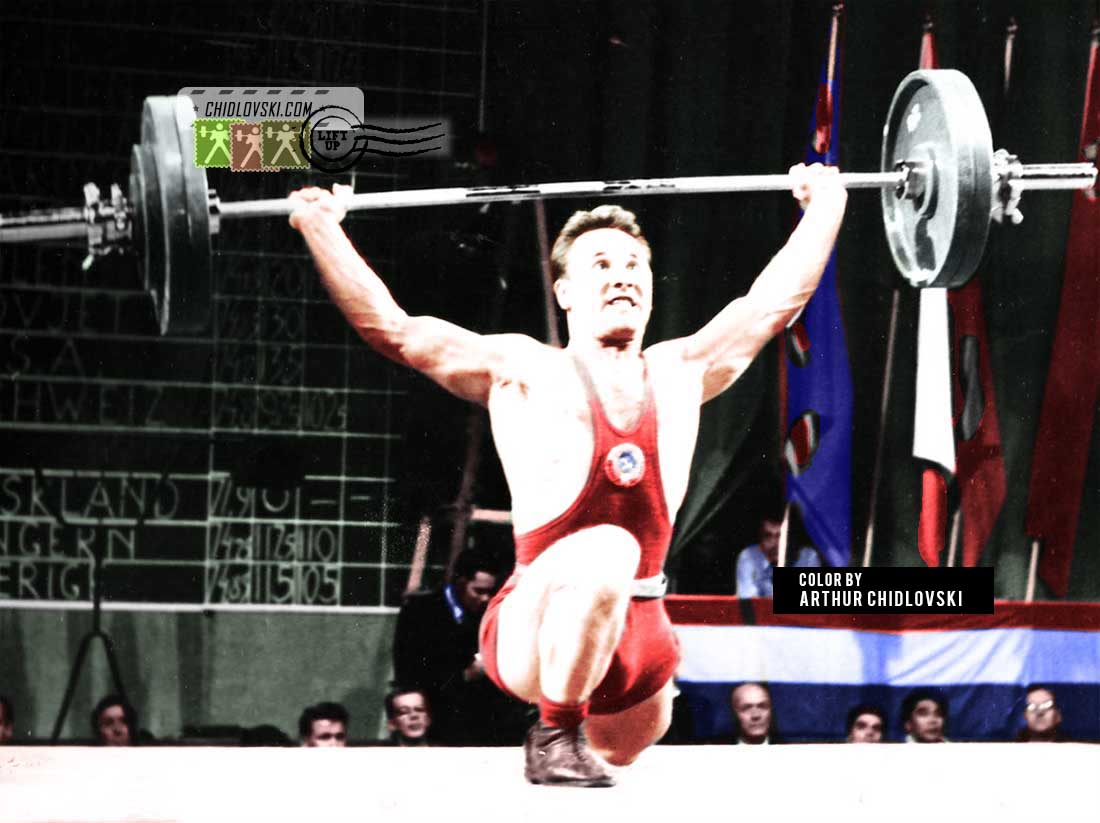 Olympic champion Fedor Bogdanovsky (1930-2014) was the Soviet middleweight lead in the 1950s. His rivalry with Tommy Kono of the United States was perhaps one of the most memorable classics of that era in the Olympic weightlifting. In fact, in the background on the cover photo, one can recognize Bob Hoffman, Chuck Vinci and Tommy Kono watching Bogdanovsky’s snatch.

In the end of the day, Kono won a gold medal with a world record in total (430kg). Bogdanovsky won the silver at the Worlds and gold at the European Championships with 422.5kg in total.

Kono vs. Bogdanovsky was a legendary rivalry between two weightlifting legends. Only in 1958, they competed against each other on such major international tournaments as: