1972 Summer Olympics: And the Middleweight Winners Are… 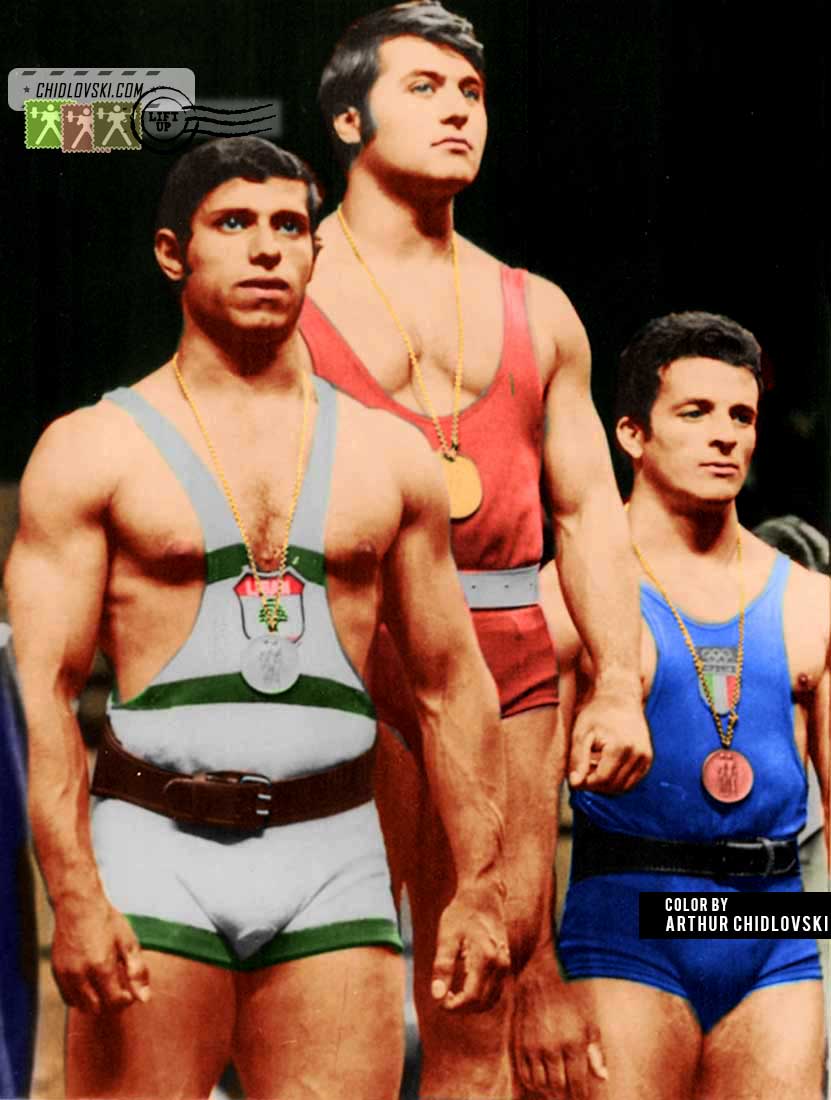 History in Color:
August 31, 1972, Munich, Germany – Best middleweights receive their awards at the medal ceremony in the 75kg weight class at the 1972 Summer Olympics (left to right):

At the 1972 Olympics, Yordan Bikov lifted 485kg in total and broke the 4-year old world record that was set by legendary Viktor Kurentsov on August 31, 1968. With the elimination of the press lift in 1972, this world record by Bikov happened to be an eternal world record in the total of three Olympic lifts.